The Qur'an is the inimitable and direct Word of God. It was revealed to the Prophet Muhammad over twenty-three years, who faithfully transmitted it to humanity in the seventh century. Since then the text and meaning of the Qur'an has been preserved, word for word, exactly as it was fourteen hundred years ago. It is a Book of Guidance for all mankind with a central message of God's Oneness. Yet, it has several layers of meaning and beauty that are easily lost in translation. This splendid translation, originally prepared in 1934, aimed to help readers understand the meaning of the Qur'an but also to appreciate its beauty and catch something of the grandeur of the Arabic. This is a compact and revised edition of Abdullah Yusuf Ali's translation of The Meaning of the Holy Qur'an in modern English. It contains the complete translation of the Qur'anic text and retains essential notes of Yusuf Ali's exhaustive commentary on the Qur'an, which enables the reader to gain a better understanding of its message and helps to reveal some of the inexhaustible depth of knowledge it contains. One of the most widely-used and known translations of the Qur'an into modern English, with 472 notes and an introduction. Abdullah Yusuf Ali (1872-1953) was an Indian Islamic scholar. In 1938, Yusuf Ali's translation of the Qur'an was published in Lahore. His translation of the Qur'an is one of the most widely-known and used in the English-speaking world. He died in 1953 in London, United Kingdom. 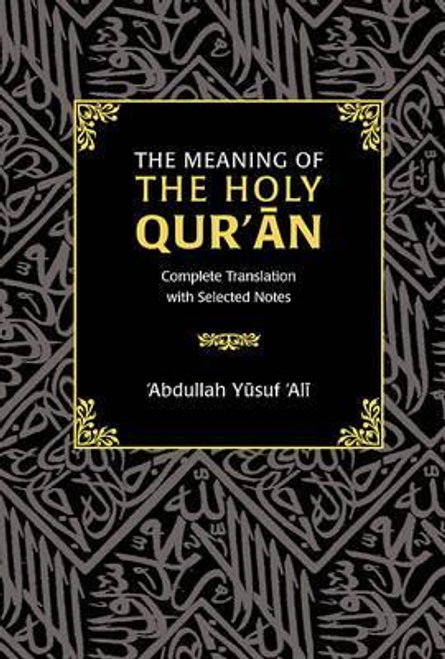