'The best work of modern history I have ever read' A. N. Wilson, Financial Times

At the end of the Second World War, the Soviet Union unexpectedly found itself in control of a huge swathe of territory in Eastern Europe. Stalin and his secret police set out to convert a dozen radically different countries to a completely new political and moral system: Communism. Anne Applebaum's landmark history of this brutal time shows how societies were ruthlessly eviscerated by Communist regimes, how opposition was destroyed and what life was like for ordinary people who had to choose whether to fight, to flee or to collaborate.

A haunting reminder of how fragile freedom can be, Iron Curtain is an exceptional work of historical and moral reckoning.


ANNE APPLEBAUM is a historian and journalist, a regular columnist for the Washington Post and Slate, and the author of several books, including Gulag: A History, which won the 2004 Pulitzer Prize for non-fiction. She is the Director of Political Studies at the Legatum Institute in London, and she divides her time between Britain and Poland, where her husband, Radek Sikorski, serves as Foreign Minister.

'The outstanding book of the year ... a masterpiece' Oliver Kamm, The Times, Books of the Year

'Explains in a manner worthy of Arthur Koestler what totalitarianism really means ... it is a window into a world of lies and evil that we can hardly imagine' Edward Lucas, Standpoint

'At last the story can be told ... a magisterial history' Orlando Figes, Mail on Sunday 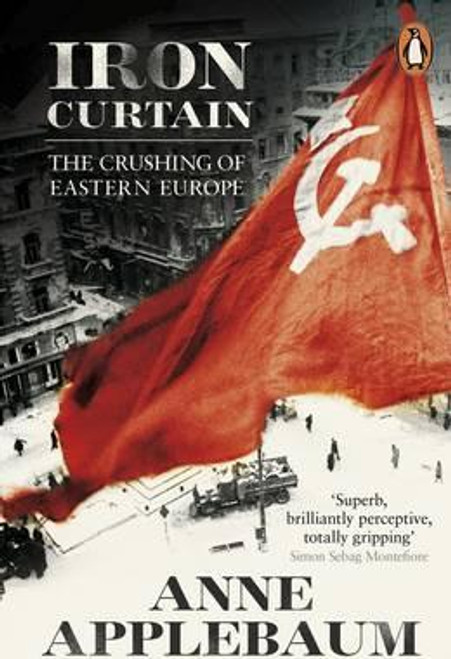