Villages of Britain is the history of the countryside, told through five hundred of its most noteworthy settlements. Many of Britain's villages are known for their loveliness, of course, but their role in shaping the nation over the centuries is relatively untold, drowned out by the metropolitan bias of history. A consummate storyteller, Clive Aslet deftly weaves the worlds of agriculture, politics, the arts, industry, folklore, science, ecology, fashion and religion into one irresistible volume.
The Bedfordshire works that a century ago manufactured half a billion bricks a year; the Cheshire municipality striving to become the country's first carbon-neutral community; the Derbyshire estate where the cottages represent the gamut of European architecture; the Gloucestershire community founded by Tolstoyans, who still live by anarchic principles; the Leicestershire town where pub walls are embedded with Jurassic-era fossils; the Morayshire settlement where Hogmanay is celebrated eleven days late; the Pembrokeshire fishing hamlet that inspired Dylan Thomas; the Somerset village that was built on the back of the trade in Peruvian bird droppings; the Suffolk village that is rejecting modernity by reconstructing a windmill for grinding flour; the Surrey woodland that fosters Europe's most ancient trees - all these are places that have made a unique contribution to the narrative of Eng;and Scotland and Wales.. Follow Clive Aslet in visiting all five hundred villages, and you will have experienced the history of the UK  from a rural perspective. 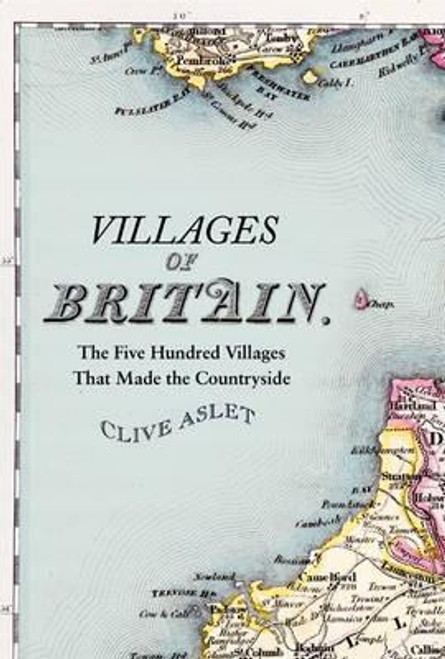