A hardcover US edition 1998, of the original 1980 edition of the global bestselling Clan of the cave Bear - the first in te series that became Earth's Children. Light tanning to page block, sun fade to the front cover, internally unmarked.

The stunning epic that stirred the imagination of millions. Here is a novel of awesome beauty and power. A moving saga about people, relationships and the boundaries of love. Through Jean Auel's magnificent storytelling, we are taken back to the dawn of mankind and swept up in the wonderful world of a very special heroine, Ayla. Her enthralling story is one we all can share. A natural disaster has left young Ayla alone, wandering, fending for herself in an unfamiliar land. One day, she is discovered by the Clan of the Cave bear, men and women far different from her own people. Tall, blond, blue-eyed Ayla is a mysterious stranger to the Clan and at first they mistrust her and cast her out. But as she grows to know them and to learn the ways of the Clan, she is welcomed. And as she leads them in their struggle for survival, the Clan come to worship Ayla. For in her blood flows the future of humanity. 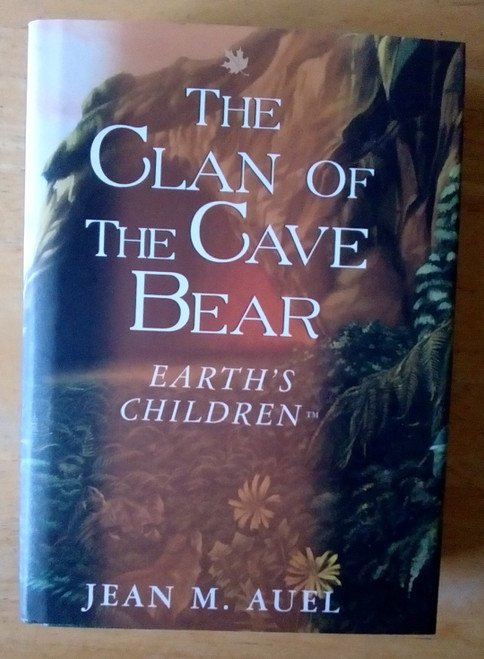