Best remembered for The Land of Little Rain (1903), which established her as a unique voice of the American West, Mary Austin was the author of nearly thirty books and hundreds of short works. Her essays, novels, plays, short stories, poems, and articles draw upon her impressions of the indigenous peoples and terrains of California, Arizona, and New Mexico. Throughout her work, glimmers of her idiosyncratic feminism appear; not until long after her death in 1934 did she come to be celebrated for her feminist perspective.This anthology of Austin's stories, articles, and excerpts from her books represents the broad range of her writing over a career spanning four decades and helps illuminate the life and work of this major American writer. Each chapter focuses on a specific genre and includes an introduction by editor Esther Lanigan, herself an Austin biographer.A Mary Austin Reader includes texts from many works that have not previously been accessible, and many of the selections have been available only in general anthologies and periodicals or in rare or limited editions. Included are her youthful account "One Hundred Days on Horseback" (1889) and her first published fiction, "The Conversion of Ah Lew Sing" and "The Mother of Felipe." Other entries include two tales from Lost Borders (1909) illustrating the relationships between men and women in the desert; a chapter from The Flock (1906), in which she invents a new form of pastoral to tell the story of sheep herding in California; excerpts from her 1931 novel Starry Adventure; and semiautobiographical essays such as "Making the Most of Your Genius" and "Sex in American Literature" that reflect her strong views on literature and social inequities.These selections not only offer literary enjoyment of a high calibre but also help explain Mary Austin--writer, feminist, and advocate of regional appreciation and environmental activism. As a sampling of some of her most important work, A Mary Austin Reader offers students and general readers alike an opportunity to rediscover this gifted author. 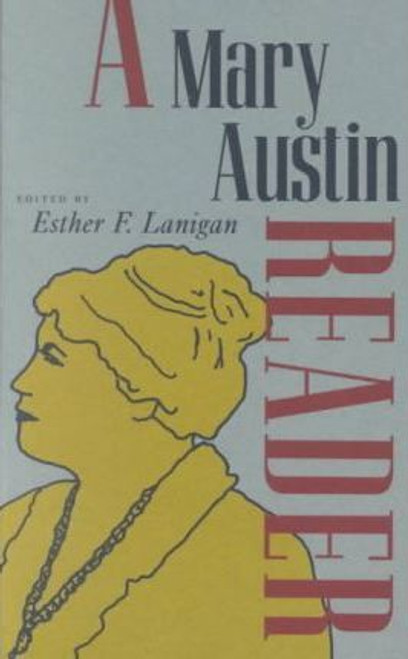