This story of how six footballers epitomised the spirit of gaelic games throughout the country in the difficult 20's and 1930's makes gripping reading from both the sporting and historical viewpoint.

The part played by the GAA and gaelic games in healing the wounds and bitterness inflicted by the Civil War has for long been acknowledged by historians and other writers. Not until now , however, has the story of that healing been told in detailed length and with deep insight and an intimate knowledge of the subject.

JJ Barrett chose his native Kerry as an example of the reconciliation wrought by Gaelic games nationwide in the aftermath of the Civil war. He chose rightly, for events in Kerry was at the core of the Civil war atrocities, and being a heartland of Gaelic football, was central to the healing which the  game helped to bring to a divided population.

( from the publishers blurb)

This is a second printing, December 1997 ( the first edition was in October 1997)  in almost as new condition. No other marks. 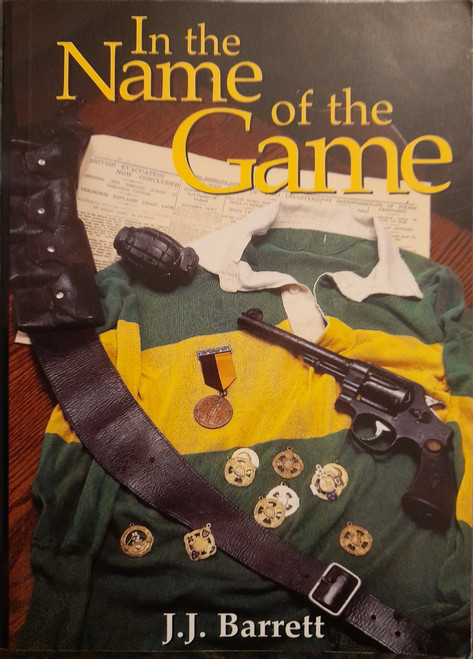