And so Pop Larkin - junk-dealer, family man and Dragon's Blood connoisseur - manages to sell the nearby crumbling, tumbling country home to city dwellers Mr and Mrs Jerebohm for a pretty bundle of notes. Now he can build his daughter Mariette the pool she's long been nagging him for.

But the Larkin's new neighbours aren't quite so accepting of country ways - especially Pop's little eccentricities.

In fact, it's not long before a wobbly boat, a misplaced pair of hands and Mrs Jerebohm's behind have Pop up before a magistrate . . .

This is a hardcover first edition, Michael Joseph UK, with wraparound cover art by Broom Lynne, some edgewear and creasing to to folds, and rubbing to edges.

The third book in the Larkin family series, folloeing from The Darling Buds of May  and A Breath of French Air. 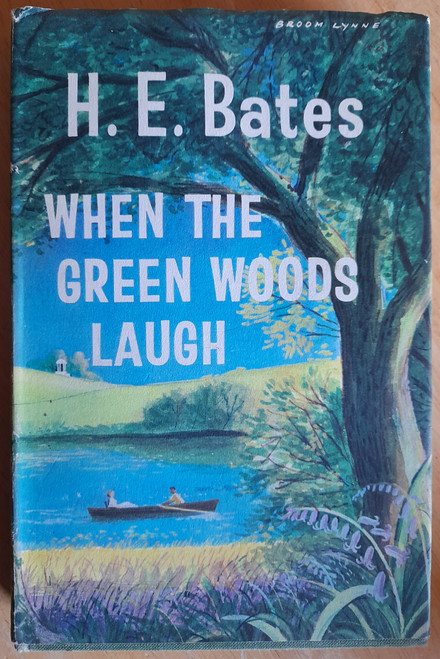