A man comes round on the floor of a shabby flat in the middle of Budapest. His head is glued to the floorboards with his own blood. There's a fortune in cash on the kitchen table. And he has no idea where, or who, he is.

He can do extraordinary things - speak any number of languages fluently, go three days without food or sleep, and fight with extraordinary prowess. But without a name, without a past, he's isolated from the rest of the world; a stranger to everyone, including himself - until a chance encounter with a young scholar leads to his first friendship, and his first hint that someone out there knows more about him than he does.

Someone is sending him clues about his past. Photographs hidden in books and crates of wine. Cryptic clues pointing towards a murdered woman. And clear warnings against Stephomi, his only friend. But that's not all; Gabriel Antaeus is seeing strange, impossible things: a burning man is stalking his dreams and haunting his mirrors, his dreams are filled with violence from the past, and his pregnant young neighbour is surrounded by an extraordinary golden aura.

Something dark and violent in Gabriel's past is trying to resurface. And as he pieces the clues together, everything points towards an astounding war between angels and demons . . . and a battle not just for the future of the world, but for the minds and souls of everyone in it.

Signed , undedicated-  by the author to the title page, published by Gollancz UK 2008. 'Signed by the author' sticker to front cover, some ghostmarking from what may be a removed sticker on cover also ( by author name - see photos) Internally fine. 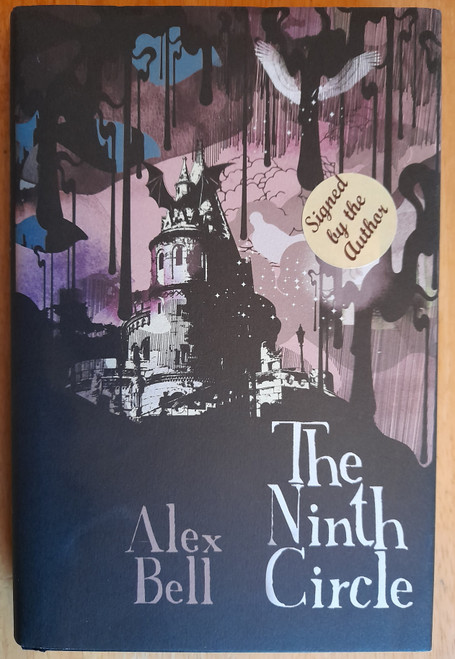