Every aspect of decadent sexual excess is explored, from Bloomsbury-set inspired debauched romps to romantically naughty tales full of roses and champagne, diamonds and Venetian masks.

Co-edited by Scarlet Founding Editor Emily Dubberley, Forum Editor, Sarah Berry, and prolific journalist Alyson Fixter, and introduced by best-selling author Mil Millington, all writers donated their stories free of charge, and a minimum of 15% of the cover price of the book goes to Macmillan.

Good time gal Davina has no interest in working for a living and fully intends on quitting her new job to find something else that pays better. When she is offered a very different kind of night shift she eagerly takes on a trial run, pleasing both herself and the boss before making a decision.

On a beautiful island in the middle of the Mediterranean lives reformed thief Decca and her passionate girlfriend Jan. Not much interrupts their lives, but a call from her former partner leaves Decca with a very important client to please.

Venetia Valverde is the perfect slut, a fervent exhibitionist who loves a crowd. Her lover Gil has set up the perfect scenario for her ultimate pleasure and soon she is running blindfolded through a large room attempting to catch her playmates. When the game is over the whole group joins in to reward Venetia for her sportsmanship.

A Costume Drama by Daphne Bing

The feisty Lord Fleetwood has decided to marry and chooses the innocent Caroline as his new Lady. Caroline quickly finds she enjoys her wifely duties but her disobedient streak means the Lord must discipline his new wife - though he has a feeling she may enjoy it.

A bored city girl tires of the rat race and finds solace in loner Joachim. His dark, crowded flat is the perfect place for their frenzied lovemaking and despite their flawed relationship she always returns for more.

In the glamorous music industry it's hard to believe that anyone could be bored of the sex, drugs and rock n roll lifestyle, but a label boss has become so jaded only truly good sex makes him happy. When he meets Louise at an after party he knows she is different from any woman he's met before, and he'll go out of her way to get what he wants.

Blow the Candles Baby by Suzanne Portnoy and Simon Morgan

A down on his luck man and his loving girlfriend wonder how best to celebrate when he reaches his fortieth birthday. A trip to the local naturist health spa leaves them decidedly unimpressed - that is, until they discover the room full of swingers.

Busy lifestyle guru Alexandra is surprised when her latest client is somewhat different to her usual crowd. The expensive looking billionaire Ivan Cruz treats her with such a casual attitude that she can not help but get riled up. When she goes over to really give him a piece of her mind, he finds him simply irresistible.

Roses become the ultimate turn on for one woman when her lover decides not only does she need to feel their soft, cool petals against her skin, but their long, hard stems against her delicate flesh for a spanking.

The Decline of Conversation by MonMouth

The Gilded Fountain by Jeremy Edwards

A secret club meets in the heart of London with ladies of every shape and colour amongst its membership. One member, Jocelyn, decides she wants to marry her lover Stephen and brings him into the club to experience its niche delights.

The Night at the Hotel by Elizabeth K Payne

Two thirty-somethings, bored of their usual vanilla relationships, meet and agree to enact their mutual fantasy. After several chaste dates they meet at a hotel to play out what they have waited for, a master and pet relationship where he is the master and she is his willing, serving pet.

Hot executive Kendra has learned to always aim for the win-win outcome. Her married lover and business mentor Jason expects nothing less of her, and always pushes her to be her best. When he challenges her to ten orgasms in one night, he'll take her any way he can to help her achieve her goal.

A desperately unhappy groom has been forced into marry a society girl with no hope of escape after getting her pregnant. Disappearing from the festivities to clear his head a notices a lone, slim woman dipping strawberries into chocolate in a way that begs him to come and explore.

Waking up naked and tied to a horse Delia has no idea where she is or how she got there. The only thing she does know is that riding this horse is giving her the most incredible orgasms imaginable. When the stable owner explains that she's paying off a debt after losing a bet last night, the best thing she can do is play along.

Chris wakes Hannah up on their five year wedding anniversary with an exorbitantly expensive bottle of Krug Rose champagne. They celebrate five years of great sex and great companionship by slicking themselves up with the pricey champagne and licking it from each other's bodies.

As teenagers identical twin sisters Jean and Patricia meet identical twin brothers Gene and Pat at the annual twin convention in America. The twins all experiment together until they are old enough to marry, at which point they must decide who gets to marry who. But can they stay faithful to each other?

Sculpted to Perfection by Elizabeth Coldwell

Marianne has wrangled herself an invite. At the party she meets famous footballer Gary and is tempted to join him in a side room for some secret fun, where they are joined by a very unexpected participant.

Ruby has missed her lover Dan while he's been away from business. Three months is a long time to go with only her hand to pleasure herself. She sets up a lavish homecoming seduction in a sumptuous hotel room and sets about enacting one of Dan's most favourite fantasies.

A Night at the Opera by Sarah Berry

An award winning opera singer is terrified when her flamboyant maestro believes she isn't passionate enough to sing in a well-known opera. Her leading man steps up to put her in the protagonists frame of mind the only way he knows how - with a night of passion to rival that which she sings about.

Alice decides that being alone on Valentine's day isn't such a bad thing, but treats herself to a night away in a beautiful hotel anyway. There she meets the charming Scot Iain, who entices her from the very first time their eyes meet. She invites him back to her room for a drink, and the sexual connection the two have is stunning.

Claire is shop-sitting her mother's cake shop and can not think of anywhere she'd rather be less. That is, until the graceful Italian couple Silvio and Anna come in to tempt her. The three end up sampling the cakes in a way Claire never imagined as Silvio takes her over the counter and Anna finds a great use for some spare chocolate.

Brad feels uncomfortable showing his girlfriend how he jacks off, even though she begs him to let her watch. When he refuses she ties him up with her best pair of fishnets and teases him to an incredible climax with her hands instead.

The `Ultimate Indulgence' package at a swanky hotel is put to the test by one determine connoisseur. When three very different, very striking men all show up at her door together, she knows she will be in for a wild night.

A classy photographer ends her most recent affair when her latest lover has to move away for business. With another few months before her partner is due to return home she takes on a photography student from the local college and takes pride in teaching him her ways, both professional and personal.

Take Me to Carnevale by Maxim Jakubowski

All or Nothing by Henrietta Maddox

Gorgeous Lilly never stays in one place for too long. Used to raising eyebrows and dropping jaws she isn't shocked in the slightest when she captures the attention of both Tom and his best friend Mickey. They spend a month of passion-fuelled sex together before Lilly's intoxicating presence threatens to drive the friends apart and a choice must be made - who gets Lilly? 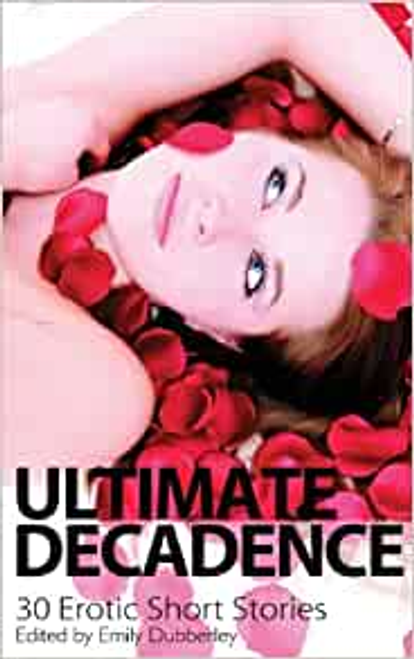