The poetic work of John Betjeman is known both for its range and its mastery of form. This selection of his poetry has sold more than two million copies  and was awarded the Duff Cooper Memorial Prize.

John Betjeman, who was appointed Poet Laureate in 1972, is celebrated as one of the best loved poet of the twentieth century. His subtle blend of wit and melancholia, affection and criticism continues to attract an ever-expanding readership. From beneath his sparkling wit and deceptively simple nostalgia, Betjeman emerges as the authority on a broad range of subjects from conservation and church architecture to tradition and Englishness.

This is a book club edition ( Guild Publishing UK, revised and expanded edition, 1983) with an index of first lines. 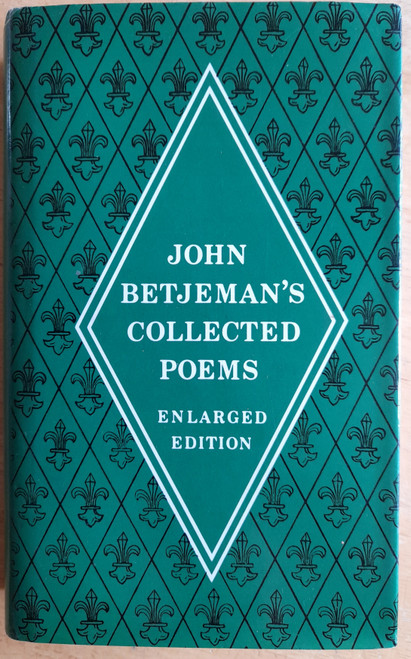