Angled crease / bump to front cover, erased pencil name inside on blank endpapers. First published in this edition as part of the Dean Rewards series, 1966, this is a later 1970's reprint.

It contains 17 stories, each just a few pages long, with a line drawing on almost every page. There are also 4 very short verse poems included (mostly 8 to 12 lines with a simple rhyming structure). The stories date from the mid 1960s, and it shows, even though they have been reissued several times and much of Enid Blyton’s work is still in print and still popular.

Some of the titles are: “The Very Fierce Carpenter”, “The Bit of Barley-Sugar”,“Mr Squiggle”, “He wanted Adventures!”, “The Big Dog”, “The Wrong Berries”, “Funny Little Mankie”, “The Great Big Bone”,“The Horse, the Wasp and the Donkey”, “The Old Red Stocking”, “You’re a Bully”, “The Quarrel in the Playroom”. The poems, such as “The Friendly Toad” are all about nature.

The stories are quite often about a little boy or girl who doesn’t fit in, and how they manage to defeat those bullying them. Another popular theme is a child who is slower, or somehow different from the others, and how they become included. “The Vowel Dolls” for instance, describes a little girl who names all her dolls so that the first initial of their name is a vowel, to help her remember them. “The Quiet Little Boy” describes a little boy who likes to be on his own, and does not join in the boisterous games his classmates enjoy. He prefers to go fishing. When an accident happens, it is he who manages to save the day, and become a hero. There are several in this vein, sometimes taking place in boarding schools.

AS WITH MUCH OF ENIS BLYTON'S WORK, CONTENTS AND MATERIAL VERY MUCH OF IT'S TIME. 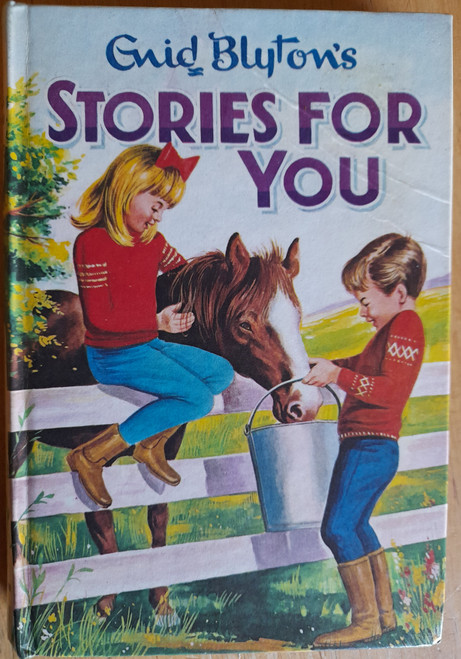