A photographic collection of ships - both ancient and modern and the only thing that binds them together is that, in this instance, they were all wrecked off the coast of Ireland.

From classic ships of yesteryear, the warships of two world wars and modern-day freighters this book is a collection of photographs of the most outstanding vessels to have been lost off the coast of Ireland. In one instance we see an aerial photograph of over 40 captured U-Boats - later to be deliberately sunk offshore, in another we are looking at the proud lines of a four-masted schooner and in yet another we find the very modern wrecking of a very modern ship.

Shipwrecks of Ireland is a larger format paperback, sourcing images both historiv and new. Commencing with a wreck chart of the whole island, the book is neatly laid out with chapters in which the excellent collection of historic photographs are divided into the broad areas of; North East, East, South East, Cork, West, Wartime, Gallant Rescues, Salvage and finally an impressive display of fascinating artefacts from just about everywhere.

As with similar titles from this author covering the Irish coastline, it is an excellent source of photographs which has been skilfully compiled and, for that reason alone, is a must for anyone with an interest in the shipwrecks of Ireland and will provide many a starting point for those engaged in further investigation. 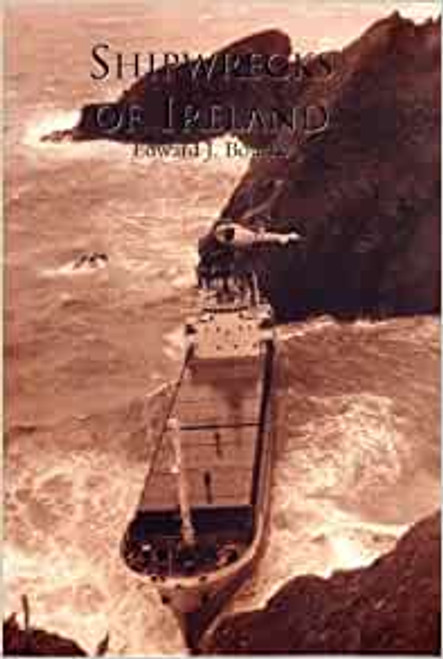