The second book in David Brin's second Uplift trilogy ( so book 5 of the longer Uplift Sequence)  is a magnificent addition to one of science fiction's most ambitious and compelling series. The six races had been living in exile on the planet Jijo for two thousand years before they were discovered by the Five Galaxies. Now they are alone again, but they know it is only a reprieve . . . Fleeing across space following an alien attack on Earth, the spaceship Streaker finds itself stranded near an uninhabited planet. Kaa is sent to the surface to investigate. All seems quiet. He doesn't yet know that the planet is Jijo.

Condition - First US edition - Published by Bantam USA, there is a bookshop stamp to the front endpaper from a Galway bookshop, as well as as shop security tag from the inside back cover. 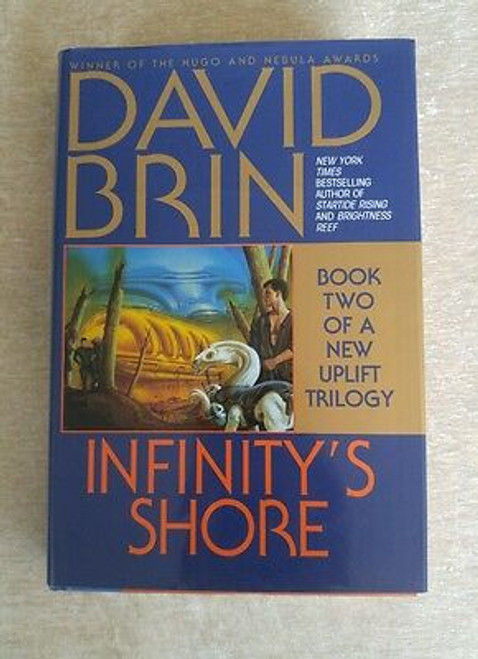