Brodrick, William / The Discourtesy of Death

An anonymous letter sent to Larkwood's Prior accuses Peter Henderson, an academic celebrity renowned for daring ideas, of a grotesque murder: the calculated killing of Jenny, his disabled partner, believed by everyone to have died peacefully two years previously from a sudden attack of cancer.

But for this letter there is no evidence, no suspect and no crime. Time has moved on. Lives have been rebuilt. Grief and loss are tempered by a comforting thought: a paralysed woman, once an acclaimed dancer, had died quickly and painlessly, spared a drawn out illness; a life marked by agonising misfortune had come to a merciful end.

But now Anselm has been told the truth behind the soothing lie. He must move cautiously to expose the killer and the killing. He must think of young Timothy, Jenny and Peter's son. A boy who is still learning to live without his mother.

And so Anselm begins his most delicate investigation yet, unaware that Jenny's adoring father is also thinking of Timothy's future; that this urbane former army officer is haunted by the memory of torture and shoot-to-kill operations in Northern Ireland; that he remains capable of anything, if he thinks it's for the best; that he has set out to execute Peter Henderson.

Death, dying and killing, however, were never so complicated. 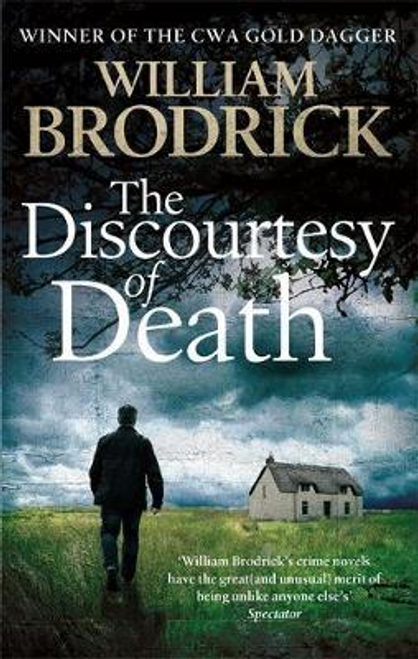 Brodrick, William / The Discourtesy of Death