This is history as you have never experienced it before. The Spanish Civil
War. 1937.
Hear the high velocity bullets as they whiz past you, the frightening rattle
of machine guns, the heavy rumble of approaching tanks and the whine of
enemy aircraft overhead. Hear the surprised and anguished cries of your
comrades as they fall around you, dead or badly wounded.
‘From Suir to Jarama’ tells the story of a young Irish volunteer, Mossie
Quinlan, during his eighty-three days in Spain with the British Battalion of
the International Brigades - helping Spanish workers and peasants to
defend their freedom and democracy against the onslaught of Fascism.
Travel into the country undercover with Mossie, train, eat, sleep and fight
with him, until he dies heroically in the great Battle of Jarama, just
outside Madrid.
Learn about Mossie’s life and the ideals that brought him from Ireland to
the slaughter of a Spanish battlefield. And ask yourself: When heroes die,
what do they leave behind and do they take a portion of their family’s life
with them?

'From Suir to Jarama' is illustrated, with comprehensive source materials listed and a full index.

All our copies are signed by the author. Paperback.

Liam Cahill is the author of Forgotten Revolution - The Limerick Soviet 1919 - also for sale on our site. 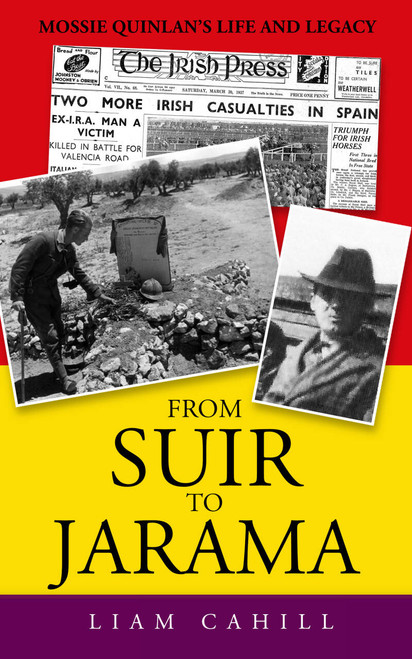