The upper-crust, family-owned bank of Tubal & Co, in the City of London, is in trouble. It's not the first time in its three hundred and forty year history, but it may be the last. A secret sale is under way, and a number of facts need to be kept hidden from the regulators and major clients. Masterminded by the bank's chariman, Julian Trevelyan-Tubal, hundreds of millions of pounds are being diverted - temporarily - to shore the bank up until it can be sold. Julian's aging father, Sir Harry, incapacitated by a stroke at the family villa in Antibes, would be horrified. He is still writing barely intelligible letters to Julian, which advise him to stick to the time-honoured traditions of the bank. Had his son taken his advice, the bank might still be solvent.

Inevitably great families have secrets; lovers, old partners, or retainers who resent not being part of the family, all have a habit of turning awkward. When an alimony payment from the bank - disguised as a charitable donation - to an abandoned husband, the penniless-but-heroic actor-manager Artair MacCleod, fails to arrive, the initial trickle of doubt swell into a torrent of catastrophe for the family.

Other People's Money is a gripping and often hilarious story, an acutely delineated portrait of a world and a class. Justin Cartwright manipulates our sympathies effortlessly, unwinding the story with gentle satire and acute, beautifully phrased insights into the eccentricities and weaknesses of the human condition. 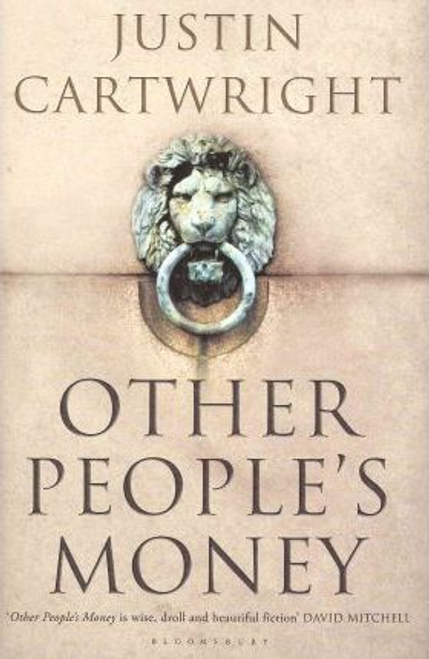