"Rageful, exhilarating, wistful in turns" (The New York Times Book Review) with "a knee weakening romance" (LA Times). Graceling is a thrilling, action-packed fantasy adventure that will resonate deeply with anyone trying to find their way in the world.

A must-read title for all fans of Patrick Rothfuss and Trudi Canavan, FIRE is an exceptional fantasy novel. From the deft characterisation to the gripping story, the fast-paced action to the evocative prose, this is one of the strongest fantasy novels of the year.

Set in a world of stunningly beautiful, exceptionally dangerous monsters, Fire is one of the most dangerous monsters of all - a human one. Marked out by her vivid red hair, she's more than attractive. Fire is mesmerising.

But with this extraordinary beauty comes influence and power. People who are susceptible to her appeal will do anything for her attention, and for her affection. They will turn away from their families, their work, and their duties for her. They will forget their responsibilities to please her ... and worse, crush nations, neglect kingdoms and abuse their power.

Aware of her power, and afraid of it, Fire lives in a corner of the world away from people, and away from temptation. Until the day comes when she is needed - a day when, for her king, she has to take a stand not only against his enemies, but also against herself ...

Eight years have passed since the young Princess Bitterblue and her country were saved from the vicious King Leck. Now Bitterblue is the queen of Monsea, and her land is at peace.

But the influence of her father, a violent psychopath with mind-altering abilities, lives on. Her advisers, who have run the country on her behalf since Leck's death, believe in a forward-thinking plan: to pardon all of those who committed terrible acts during Leck's reign; and to forget every dark event that ever happened. Monsea's past has become shrouded in mystery, and it's only when Bitterblue begins sneaking out of her castle - curious, disguised and alone - to walk the streets of her own city, that she begins to realise the truth. Her kingdom has been under the thirty-five-year long spell of a madman, and now their only chance to move forward is to revisit the past.

Whatever that past holds.

Two thieves, who have sworn only to steal what has already been stolen, change her life forever. They hold a key to the truth of Leck's reign. And one of them, who possesses an unidentified Grace, may also hold a key to her heart ... 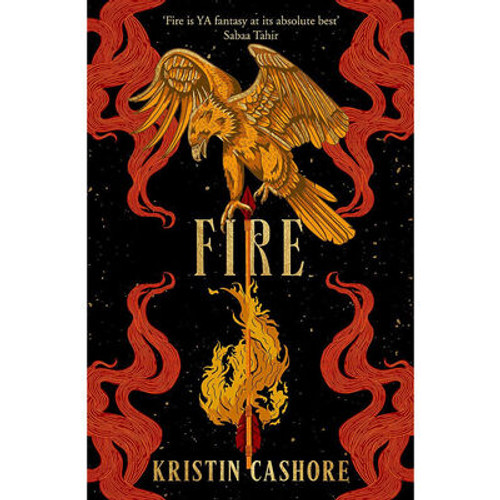