The facts are clear. It was, by all accounts, a "slug-ugly" crime: in 1949, George and Rufus Hamilton, two African Canadians, bludgeoned a taxi driver to death with a hammer in the dirt-poor settlement of Barker's Point, New Brunswick. Less than eight months later, the brothers were hanged for their crime.

George and Rue's brutal act lives on in New Brunswick over half a century later, where the murder site is still known as "Hammertown". George Elliott Clark draws from this disturbing chapter in Canadian history in his first novel, brilliantly reimagining the lives - and deaths - of the two brothers.

Fiercely human and startlingly poignant, George & Rue shifts seamlessly through the killers' pasts, examining just what kind of forces would reduce these men to lives of crime, violence, and ultimately, murder. 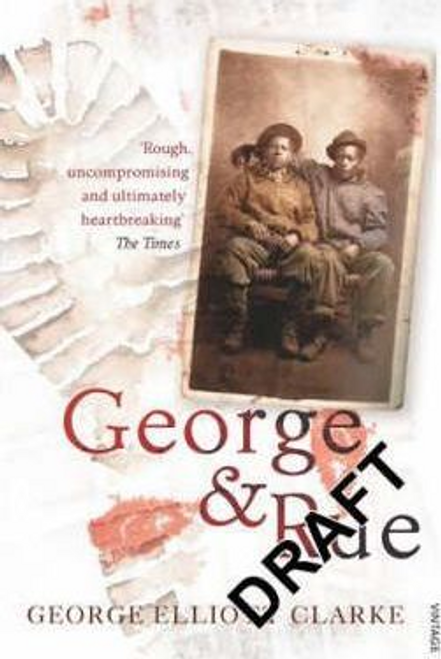