The final book in the ground-breaking Hunger Games trilogy.

Against all odds, Katniss Everdeen has survived the Hunger Games twice. But now that she's made it out of the bloody arena alive, she's still not safe. The Capitol is angry. The Capitol wants revenge. Who do they think should pay for the unrest? Katniss. And what's worse, President Snow has made it clear that no one else is safe either. Not Katniss's family, not her friends, not the people of District 12. now a major feature film starring Jennifer Lawrence, Josh Hutcherson & Liam Hemsworth 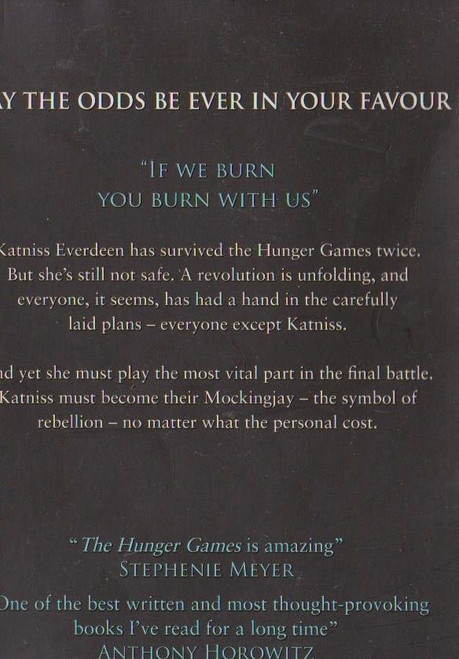