Joanna Connors / I Will Find You (Hardback)

'More chilling than a horror film and more thought provoking than an HBO doc ...I Will Find You is at once hard to read and even harder to put down' Cosmopolitan


The powerful, unflinching and deeply humane story of a journalist's quest to uncover the life of the man who raped her twenty-one years before


Joanna Connors was thirty years old when she was raped at knifepoint by a stranger.


After this horrifying trauma, she became afraid of everything - flying, driving, travelling in a car while someone else drove. She had children, but hovered over them constantly, terrified about what might happen to them as well. Then, when her daughter was sixteen, Joanna began to confront the fear that had ruled her life ever since that day, and decided she needed, finally, to understand.


In an act of breathtaking humanity and pioneering journalistic courage, she went in search of the story of her own rapist, determined to find out who he was, where he came from, what his life was like - and what leads a person to do something as destructive as what he did to her.


The result of her investigation is I Will Find You, a shocking, moving memoir and a brave, timely consideration of poverty, race, class, education - and how life shapes who we become. 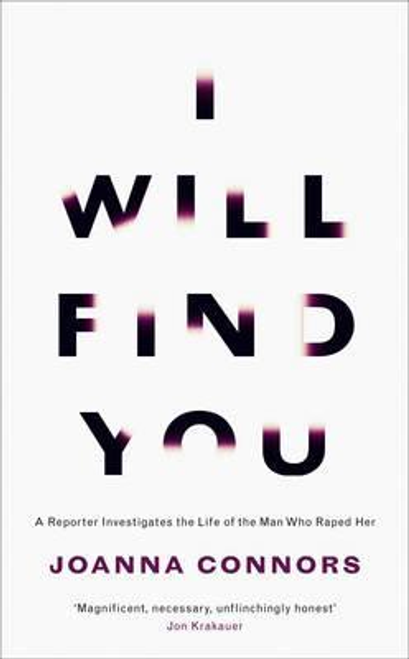 Joanna Connors / I Will Find You (Hardback)