As the world moves into the next millennium, the United States finds itself at the forefront of this new age, policing not only its own shores but the rest of the world as well. And spearheading this overwatch are the men and women of America's armed forces, the "troops on the wall," who will go anywhere, anytime, and do whatever it takes to protect not only our nation but the rest of the free world.

Now, for the first time, Combat brings the best military-fiction authors together to reveal how war will be fought in the twenty-first century. From the down and dirty "ground-pounders" of the U.S. Armored Cavalry to the new frontiers of warfare, including outer space and the Internet, ten authors whose novels define the military-fiction genre have written all-new short stories about the men and women willing to put their lives on the line for freedom:

Larry Bond takes us into the wild frontier of space warfare, where American soldiers fight a dangerous zero-gee battle with a tenacious enemy that threatens every free nation on Earth.

Dale Brown lets us inside a world that few people see, that of a military promotion board, and shows us how the fate of an EB-52 Megafortress pilot's career can depend on a man he's never met, even as the pilot takes on the newest threat to American forces in the Persian Gulf--a Russian stealth bomber.

James Cobb finds a lone U.S. Armored Cavalry scout unit that is the only military force standing between a defenseless African nation and an aggressive Algerian recon division.

Stephen Coonts tells of the unlikely partnership between an ex-Marine sniper and a female military pilot who team up to kill the terrorists who murdered her parents. But, out in the Libyan desert, all is not as it seems, and these two must use their skills just to stay alive.

Harold W. Coyle reports in from the front lines of the information war, where cyberpunks are recruited by the U.S. Army to combat the growing swarm of hackers and their shadowy masters who orchestrate their brand of online terrorism around the world.

David Hagberg brings us another Kirk McGarvey adventure, in which the C.I.A. director becomes entangled in the rising tensions between China and Taiwan. When a revolutionary leader is rescued from a Chinese prison, the Chinese government pushes the United States to the brink of war, and McGarvey has to make a choice with the fate of the world hanging in the balance.

Dean Ing reveals a scenario that could have been torn right from today's headlines. In Oakland, a private investigator teams up with a bounty hunter and F.B.I. agent to find a missing marine engineer. What they uncover is the shadow of terrorism looming over America and a conspiracy that threatens thousands of innocent lives.

Ralph Peters takes us to the war-torn Balkan states, where a U.S. Army observer sent to keep an eye on the civil war is taken on a guided tour of the country at gunpoint. Captured by the very people he is there to monitor, he learns just how far people will go for their idea of freedom.

R.J. Pineiro takes us to the far reaches of space, where a lone terrorist holds the world hostage from a nuclear missle-equipped platform. To stop him, a pilot agrees to a suicidal flight into the path of an orbital laser with enough power to incinerate her space shuttle.

Barrett Tillman takes us to the skies with a group of retired fighter jocks brought back for one last mission--battling enemy jets over the skies of sunny California. 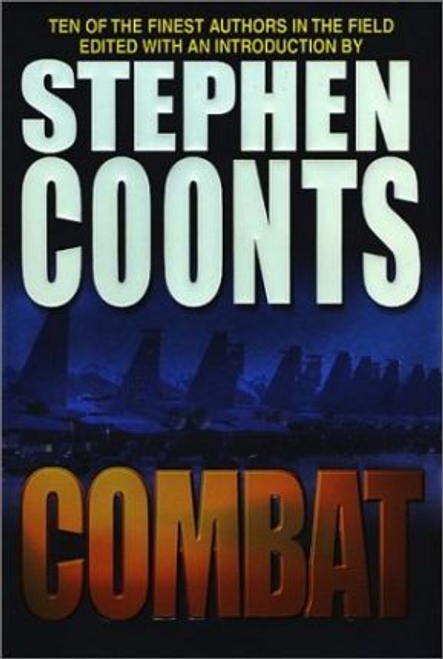