Just days before an international medical convention begins, terrorists abduct a leading scientist from the Centers for Disease Control, the shadowy laboratories that serve as America's first line of defense against bio-chemical annihilation. Locked away in his head are secrets critical to America's security...and possibly knowledge of a new, terrifying, and incurable illness that could wipe out millions. Only one government agency has the know-how, the equipment, and the sheer guts to find out what happened before apocalyptic plague consumes the world's democracies: the National Security Agency. Returning from the first DEEP BLACK, ex-Marine sniper Charlie Dean pairs with former Delta Force trooper Lia DeFrancesca to pick up where the missing scientist left off, with Dean actually assuming his identity and faking his way through the conference. From there, mysterious contacts direct them through a gauntlet of assassins and booby-trapped villas, to a ruthless international consortium determined to hold the world hostage with the killer virus. Meanwhile, another agent is on the scientist's trail, blazing through the dense, deadly south-east Asian jungles where he disappeared. Caught in a rebel ambush and wounded in an explosive helicopter duel, he'll have to coordinate with Dean and DeFrancesca to stay alive and to save the world from annihilation. 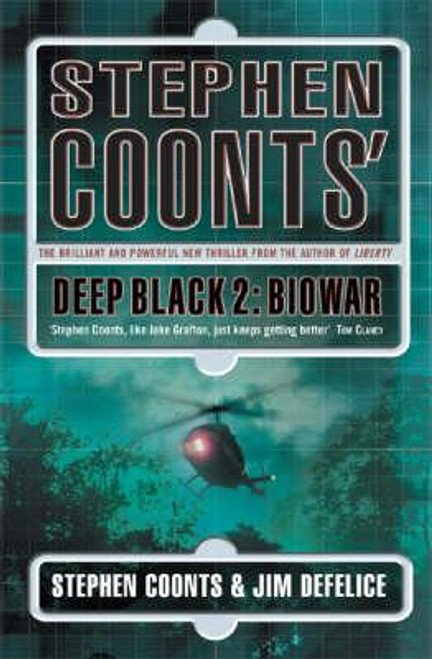