Lear is too much. There's too much to stomach, an overdoing of massive wickednesses which rightly provoked perhaps the most famous reaction to King Lear ever, Dr Samuel Johnson's horror in his Prefaces to his Shakespeare (1765) over the blinding of Gloucester -"an act too horrid to be endured in dramatick exhibition" - and the death of Cordelia: "contrary to the natural ideas of justice, to the hope of the reader, and, what is yet more strange, to the faith of the chronicles". There are indeed just too many awful enhancements of the Lear stories Shakespeare drew on, a superfluity of terrible things - and of course these, as Valentine Cunningham says, are uneasily central to a play which teaches the immorality of the well-off having a "superflux" of money and things when the poor have so little. So what explains the dramatic success of Lear? The great critic A.C. Bradley had grave reservations about it, but he conceded, this play was the "fullest revelation of Shakespeare's power" - up there with Aeschylus's Prometheus Bound, Dante's Divine Comedy, Beethoven's symphonies and Michelangelo's statues; the most moving and daunting of tragic experiences the world has ever known promoted by a greatly trashy plot, or, as the poet and critic D. J. Enright puts in his lively book about teaching Shakespeare, Shakespeare and the Students (1970): "It is possible that Shakespeare never did anything more awe-inspiring, more improbable-seeming than this - to take a petulant old retired monarch, drive him mad and stick flowers in his hair, and still end with a figure of tragedy." 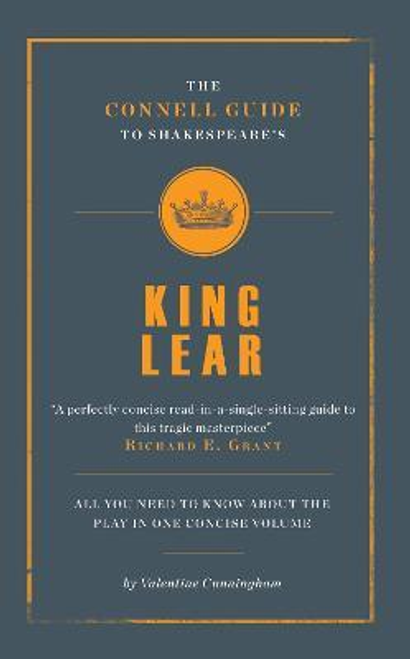