( from the book's blurb) - From the very earliest days of Glasgow Celtic the highs and lows of the 'Bhoys'have been recorded in song. Indeed there can be few – if any – other clubs whose supporters can boast the vast repertoire of songs that have been performed through the decades by the fans of Glasgow Celtic.

It seems strange then that it has taken so long for a book to finally tackle such a seemingly obvious subject. Thankfully though ‘Celtic & Ireland in Song and Story’ has been well worth the wait.

Authors Raymond Daly – a member of the Mid Leinster CSC – and Derek Warfield (of The Wolfe Tones) have spent years working on this book and from the opening pages it is clear that this has been a real labour of love. ( from the blurb)

Hardcover, 2008, two CD's of some of the songs were issued separately by the authors also  ( and as part of a later paperback edition also) , these are not included here, only the book.

No ISBN, with sections of photographs, large secctions on Irish republican history, context for some of the songs, ( a lot of which are Republican, both old and new)  and a smaller section on the actual football. 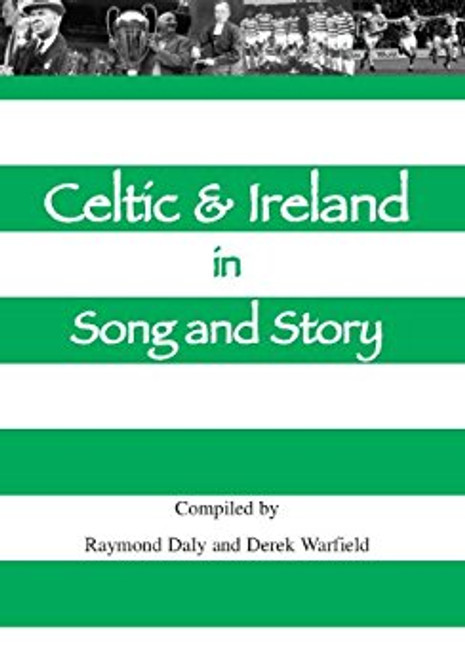