With 90 million of the band's records sold worldwide since 1987, Guns N' Roses prolonged rock music past its sell-by date with controversial albums and immense, often riotous, world tours. But the band's complete story has never been fully told - until now.

In his sixth major rock biography, Stephen Davis - author of the legendary Hammer of the Gods - details the riveting story of a band that originated in the gutters of Sunset Strip and went on to become the biggest, baddest band on the planet.

Davis brilliantly captures the birth of Guns' raw power, which - despite rape charges, drug-induced rampages and a general appetite for destruction - launched the band into the pantheon of rock gods such as Led Zeppelin and the Rolling Stones. With a wealth of detail, Davis looks at Axl's unrelenting quest to release the long-awaited, mystery-shrouded Chinese Democracy album, as well as the further adventures of some of the Gunners under the banner of the hard-rocking band Velvet Revolver.

In Watch You Bleed, for the first time, millions of Guns N' Roses fans will learn the whole truth - sometimes funny, sometimes tragic - about the last of the great rock bands. 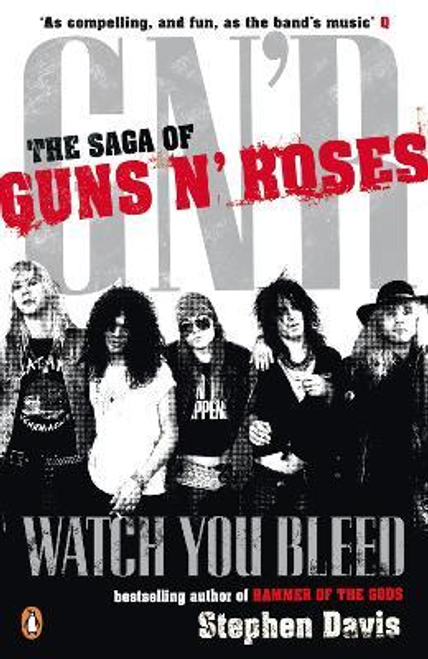