Published to coincide with his highly anticipated new sitcom - a mockumentary follow-up to Extras from the pens of Ricky Gervais and Stephen Merchant - Size Matters Not is the surprising and hilarious story of the world's biggest little actor. When Nana Davis heard an advert on the radio seeking small people for the third Star Wars movie little did she know it was a moment that would transform her tiny grandson's life. Aged only eleven and just two-feet-eleven inches in height, Warwick went on to make his screen debut as Wicket the Ewok in 1983's box-office smash Return of the Jedi. It was the beginning of a career that would see him star in some of the biggest films of the last thirty years. Still just three-foot-six, Warwick owes his success to a boundless optimism. His one-in-a-million genetic condition may have opened doors through which other actors couldn't fit, but it has also led to trials and tragedy - from the seemingly mundane challenge of supermarket shopping, to the sometimes heartbreaking story of his struggle to start a family. By turns funny and moving, Size Matters Not is a big story from a big man, who just happens to be very, very short. 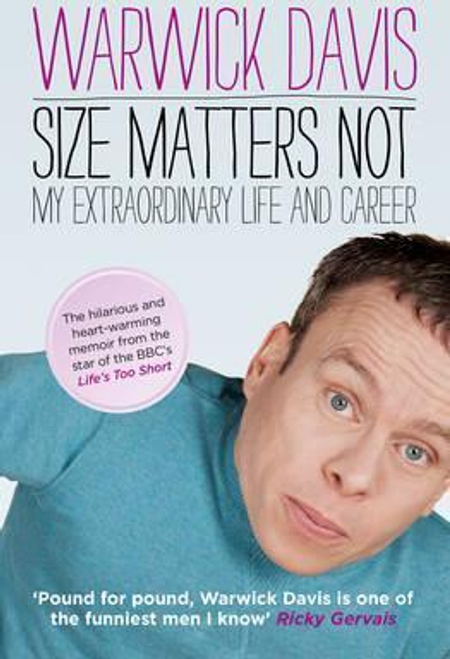