An illustrated guide to all the notable Nazi era building sin Munich, germany, aimed at teh visitor. With map, text in English troughout, with period photographs, a guide to the rise of the Nazi party in Munich and nearby, - the city where Hitler lived most of his life before and after WW1, from povert stricken garret to beer hall to eventual diplomatic mettings with Chamberlain.

It also covers opposition to Hitler - the White Rose Movwment was based in Munich, an attempt on Hitler's life , post war Munich, projected Nazi plans for Munich and much more. 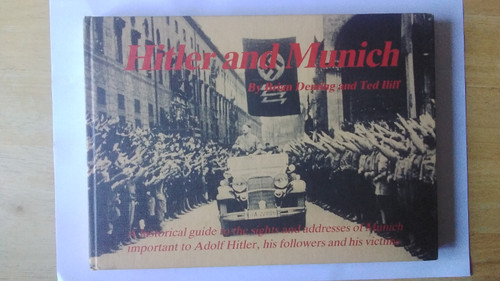