Dickinson, Janice / No Lifeguard on Duty

A rollicking memoir by one of the greatest (and most outrageous) supermodels of the 1970s. Janice Dickinson was not only the first of the supermodels, she endured a nightmarishly traumatic childhood at the hands of a sadistic, sexually and emotionally abusive father, and emerged in the early 1970s as the first lush-lipped 'exotic' brunette to break into a modelling world dominated by sunny California blondes. Janice owned the modelling world in the 1970s. Animated by a fierce desire to be recognised, a fearless spirit, and an insatiable hunger for alcohol, cocaine, sex, and fun, Dickinson appeared on every magazine cover, worked with every major designer and photographer (from Calvin Klein and Gianni Versace to Helmut Newton and Richard Avedon), was married three times, and had passionate affairs or one-night stands with everyone from Warren Beatty to Jack Nicholson to Mick Jagger. Though her career waned in the 1990s, her dramatic life story did not: in recent years she has fought a hotly contested paternity suit with Sylvester Stallone, survived a near-fatal car wreck during a tequila/marijuana blackout in St Bart's, and waged a raging battle with alcohol and drug addiction. 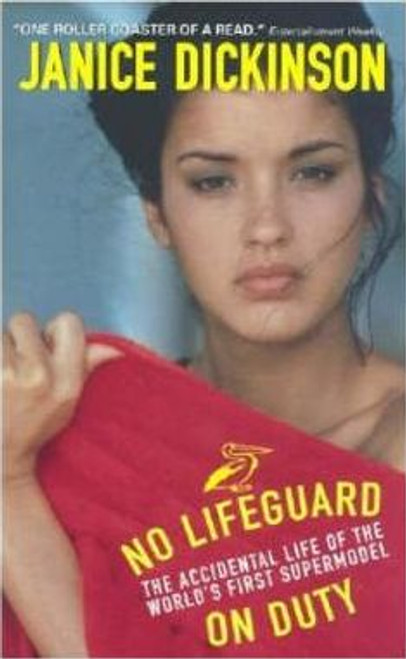 Dickinson, Janice / No Lifeguard on Duty