Extremely well written and fascinating history of the German Avant Garde movement, with abundant quotes from the artists themselves which allows one a deeper insight into the workings of their minds and souls.

THE CHAPTERS: The first chapter is “Origins” and starts in the last decades of the 19th century showing the German reaction to the new French art coming out of Paris and to the German academy. Chapter 2 is “Dresden” describing the foundation of the group Die Brüke (The Bridge). Examples include Ernst Ludwig Kirchner, Erich Heckel, Karl Schmidt-Rottluf, Emil Nolde and Max Pechstein. Chapter 3 is “Munich” and includes a discussion of the group Der Blaue Reiter (The Blue Rider). Examples include Wassily Kandinsky, Alexej von Jawlensky, Franz Marc and August Macke. Chapter 4 is “Berlin, Vienna, the Rhineland” with examples from Max Beckmann, Lyonel Feininger, Oskar Kokoschka and Egon Schiele. Finally, Chapter 5 is a short discussion of the situation after World War I.

Although the book is titled “The Expressionists”, it would be better titled “The German Expressionists”; it is a translation from the original German edition. German here includes non-Germans working in Germany such as the Austrian Oskar Kokoschka and the two painters from the then Russian Empire, Wassily Kandinsky and Alexej von Jawlensky. It is restricted to the two dimensions of painting, lithography and woodcuts and is mostly about the period from 1900 to 1914. Some of the most notable German Expressionists died in the First World War. Those that survived the war had to deal with the rise to power of Hitler from 1933. 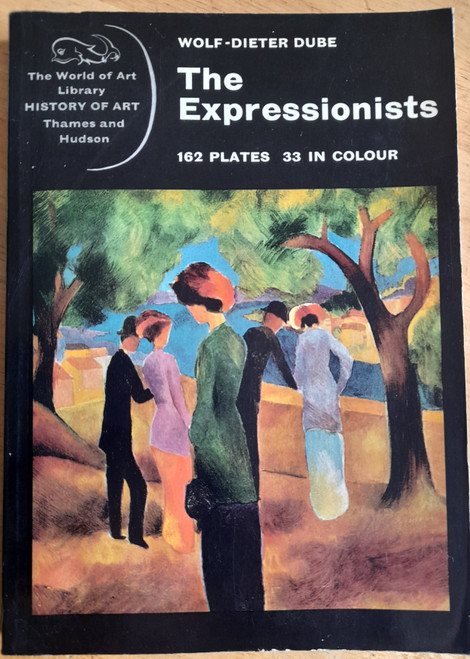