Estorick, Michael - Heirs and Graces : The Claim to the Dukedom of Leinster - HB - 1981

In 1922, The London Times reported the death of Maurice FitzGerald, sixth Duke of Leinster, at the age of thirty-five. Delicate from birth, the holder of Ireland's premier dukedom and its vast estates, a residence at Carton House and huge family wealth had seldom been seen in public after he came of age. Then,  in 1967 a man called Maurice FitzGerald claiming to be the rightful Duke of Leinster died in California at the age of eighty. Could it have been another man who had died in 1922? And if the Californian man was not the sixth Duke? Illustrations, 1981 , Weidenfeld & Nicholson.

(The design on the cover shows a family crest partly erased - this is part of teh design and not a flaw! ) 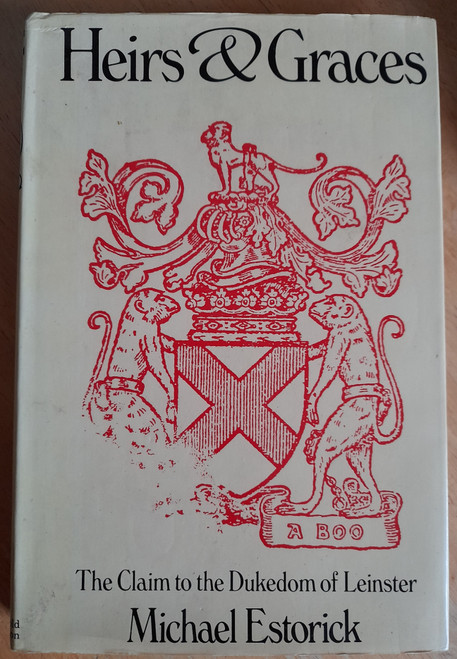 Estorick, Michael - Heirs and Graces : The Claim to the Dukedom of Leinster - HB - 1981