A biography of the advertising firm Saatchi & Saatchi. The Saatchi brothers, Charles and Maurice, have created this firm from scratch and it has become the largest advertising conglomerate in the world. Of the five major advertising companies, two are now owned by the Saatchis. They have played a major part in helping Mrs Thatcher win a record three elections in a row, while even before that their "Pregnant Man" advertisement made advertising history. In the last year they have moved on to new heights. They are pioneering the idea of "globalization", the notion that one company can supply every service needed for any international institution of whatever size. They have invaded Madison Avenue, buying Ted Bates, the agency that invented TV advertising, they tried to buy Hill Samuel, the merchant bankers, even the Midland Bank - and only narrowly failed. While people talk of the Saatchis having over-reached themselves, they plan to expand still further - to be bigger, in five years, than ICI. 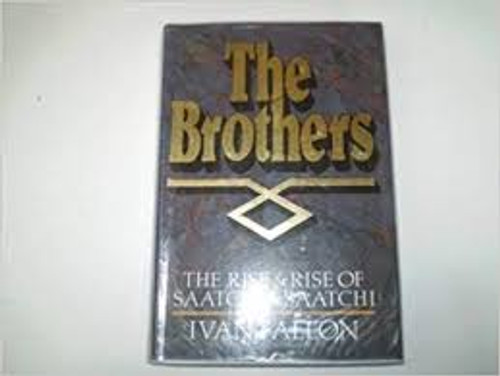