Figes, Orlando / Just Send Me Word : A True Story of Love & Survival in the Gulag (Hardback)

Lev and Svetlana, kept apart for fourteen years by the Second World War and the Gulag, stayed true to each other and exchanged thousands of secret letters as Lev battled to survive in Stalin's camps. Using this remarkable cache of smuggled correspondence, Orlando Figes tells the tale of two incredible people who, swept along in the very worst of times, kept their devotion alive.

Orlando Figes was granted exclusive access to the thousands of letters between Lev and Sveta that form the foundation of Just Send Me Word, and he was able to interview the couple in person, then in their nineties. These real-time and largely uncensored letters form the largest cache of Gulag letters ever found.

'One is overcome with admiration for the kindness, bravery and generosity of people in terrible peril ... It is impossible to read without shedding tears' Simon Sebag Montefiore, Financial Times

'The gulag story lacks individuals for us to sympathise with: a Primo Levi, an Anne Frank or even an Oskar Schindler. Just Send Me Word may well be the book to change that' Oliver Bullough, Independent

'The remarkable true story of a love affair between two Soviet citizens ... as much a literary challenge as a historical one: the book can be read as a non-fiction novel' Telegraph

'Remarkable ... Figes, selecting and then interpreting this mass of letters, makes them tell two kinds of story. The first is a uniquely detailed narrative of the gulag, of the callous, slatternly universe which consumed millions of lives ... The second is about two people determined not to lose each other' Neal Ascherson, Guardian

'A quiet, moving and memorable account of life in a totalitarian state ... The book often reads like a novel ... captivating' Evening Standard

'[A] remarkable tale of love and devotion during the worst years of the USSR ... [Figes's] fine narrative pacing enhances this moving, memorable story' Publishers Weekly

Orlando Figes is Professor of History at Birkbeck College, University of London. He is the author of Peasant Russia, Civil War, A People's Tragedy, Natasha's Dance, The Whisperers and Crimea. He lives in Cambridge and London. His books have been translated into over twenty languages. 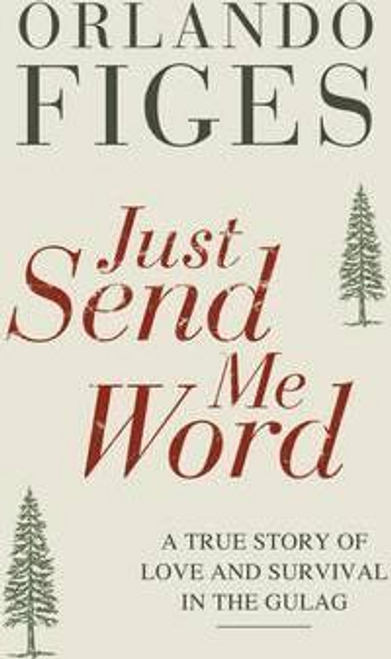 Figes, Orlando / Just Send Me Word : A True Story of Love & Survival in the Gulag (Hardback)