Four-time world superbike champion, Carl Fogarty is, by most yardsticks, the greatest motorcycle rider Britain has ever produced. In his autobiography he recounts a lifetime of thrills and spills on and off the racing circuit. In a world where it is becoming increasingly difficult to maintain a dominance in any sporting discipline, Fogarty has won the World Superbike Championship no fewer than four times. He has come a long way since the early 1980s when he used to travel to circuits as far away as Finland in a clapped-out old horsebox. But those early days were also wild and enjoyable times. Tales of hell-raising abound: staggering home at five in the morning before the Isle of Man TT was clearly not the best preparation for one of the most dangerous races in the world. This danger was experienced by Fogarty in very real terms in 1986 when, after a particularly severe crash, his compound fracture of the leg became infected around a traction pin and snapped again in a later race. He describes the other injuries he has suffered, talks about the tragedies that he has witnessed and exposes the sport's reckless riders.
In such an octane-fuelled sport as Superbikes there are bound to be disagreements and Fogarty has had more than most. In fact, he generally doesn't get on with his fellow riders and is not afraid to say so. Away from the hype though, Fogarty is very much the laid-back family man. His story is a compelling tale of a typical working class lad made good in one of the most dangerous and glamorous arenas in world sport. 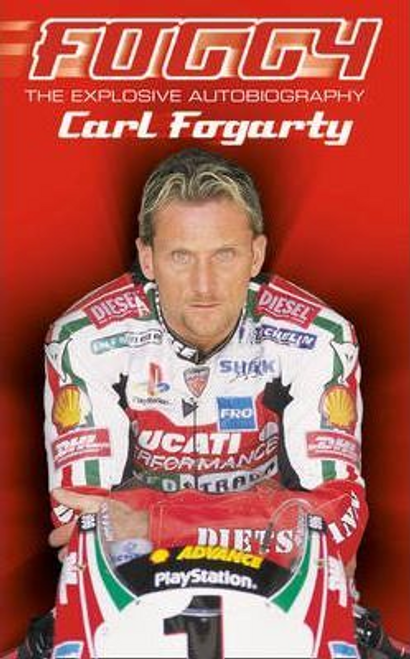