The Shepherd relates the story of a De Havilland pilot, going home on Christmas Eve 1957, whose aircraft suffers a complete electrical failure en route from RAF Celle in Northern Germany to RAF Lakenheath in Suffolk. Lost in fog over the North Sea and low on fuel, he encounters a De HAVILLAND mosquito fighter bomber, which has apparently been sent up to "shepherd" (i.e. guide) him in.

The circumstances of how he is guided to a safe landing, and his subsequent efforts to identify the pilot who saved him, are the central themes of the story. Forsyth created this original work as a Christmas gift to his first wife Carrie. Written on Christmas Day 1974, and published near that time a year later, this is the first edition, published by Hutchinson UK.   Forsyth was a former RAF pilot and may have adapted such a story (either with or without the intent to do so) - from the large body of tall tales and myth that surrounded aviation.

Condition - good - covera nd interior art by Chris Foss ( perhaps best known for his SF illustration)  Closed i cmm tear to upper back edge of dustjacket. The spine is sunfaded slightly. No marks or inscriptions internally. 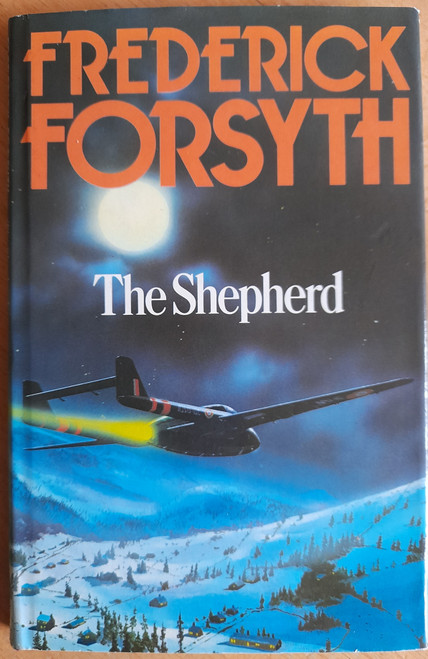