This is the incredible story of Eugene Macnamara, a maverick young priest from County Clare in Ireland, whose audacious plan to establish a colony for Irish and British families in Alta California, Mexico's far northwestern territory, led to the Mexican-American War of 1846. After expulsion from his Paris seminary and parish service in western Ireland, Macnamara joined the British Guiana mission, which was a most challenging placement, but which formed his destiny. In 1844, he landed in Mexico and into the power struggle between Britain, Mexico, and the US for control of the Pacific coast of America. Macnamara quickly secured a license from the Mexican government to settle over 20,000 square miles of territory, with over 15,000 Irish and British settlers. However, his dream of a 'New Clare' or 'New Ireland' flourishing in the Californian heat was not shared by US President James Polk, who sought to prevent further British colonizing on the North American continent. The Mexican-American war followed and Macnamara, with his British-sponsored scheme, came to personify in American minds a political and commercial conspiracy between Britain and Mexico against the US. Mexico ceded California to the US in 1848 and Macnamara's dream died in the Californian dust. Undeterred by his failure in Mexico, he immediately embarked on a 'Macnamara Scheme II, ' in Chile. This is the fascinating story of a remarkable and little-known Irish priest whose controversial exploits brought him even the admiration of his enemies.

*** Irish historian Fox tells a remarkable tale, one certainly new to most Americans, even those who pursue history....essential reading for those seriously interested in the American expansion. -- The NYMAS Review, Autumn 2015-Winter 2016 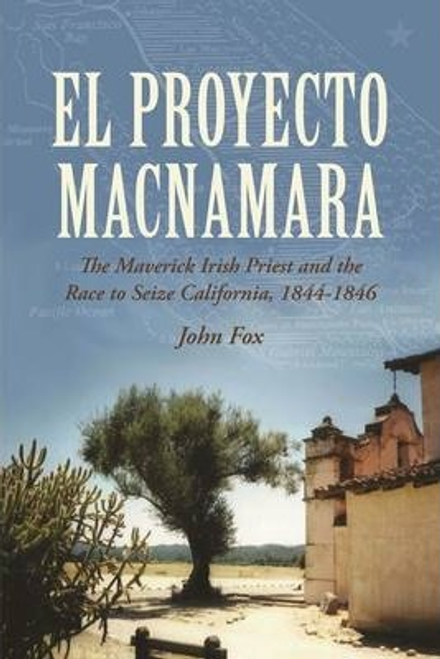