Born in Kerry in 1966, Mick Galewy is one of teh most renowned rugby players in the modern Irish game.

Galwey was a key figure in Shannon RFC's side during their four in a row winning streak of All- Ireland League titles in the late 1990s. Throughout his career Galwey proved to be a leader who could inspire and motivate players around him to punch above their collective weights.Galwey instilled a "don't panic" and professional attitude in his Shannon team which later would become the hallmarks of Munster Rugby during his tenancy as captain.

Galwey's involvement in the Irish national squad was more of a mixed bag. Making his debut in 1991 against France, Galwey's 11-year international career was rarely without controversy. Owing to the selection decisions of various national coaches and selectors, Galwey became the most dropped player in international history. He fought his way back onto the Irish squad, becoming the team's captain ten years after he made his debut. In the 1993 Five Nations Championship match against England, Galwey rounded off a fine display in the 17–3 defeat by scoring the only try of the game. His efforts were rewarded later that year when he was selected for the Lions tour to New Zealand

Published 2002, signed by the author to the title page,undedicated. This book was co-written with Charlie Mulqueen, the Rugby journalist. 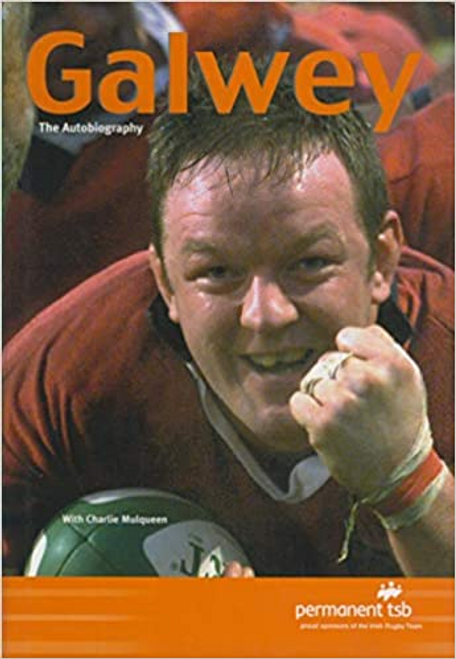