This story of Talargain, the Seal's Whelp, is one that could have graced the repertoire of any medieval bard. On a personal level it deals with the boy's desire to be a companion to the seals. Their intelligence, in many ways human or even better than human, had a fascination for him that was coupled with a youthful need to be alone and develop his own identity apart from his townsfolk and even the family that had adopted him. But Talargain's personal activities are only a part of his life, which is bound up in the events of early 7th century Britain. His father, Black Brock, is a leader in the small fishing village in the Farne Islands, and was in charge of an expedition to open up trade in the Mediterranean. Talargain's own mission was even more pressing -- having made his obeisance to the new King Aldfrith, who wanted to unite the English tribes, the boy was sent to propose a peace to the King of the Picts. The story is complex, but the events are all carefully woven together and set against the tapestry of early Britain and its people. The period is one in which magic and religious mysticism were accepted as a part of the daily routine. In essence, this is the spirit of the book -- the events can be considered natural or supernatural as one wishes, but in either case they are all vital.

Cover art by Alan Breese, edgewear to the covers. 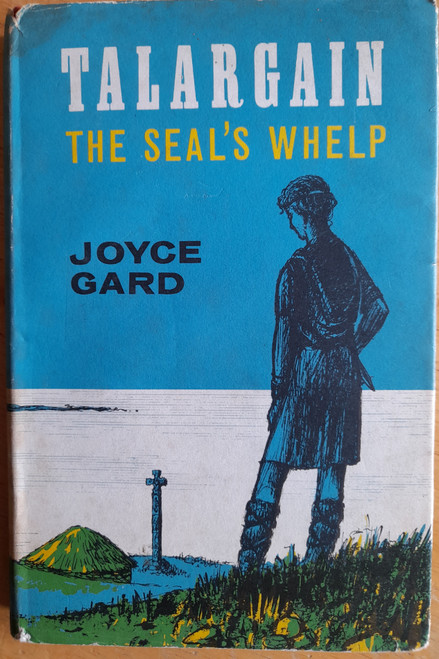