Martin Gilbert's wide range of writing over almost 40 years semenred his role as a leading historian. His three-volume History of the Twentieth Century is a complete global narrative history of the century. He is the undisputed master of narrative history with an extraordinary ability to muster detailed facts into rich and compelling prose. Volume II ended in 1951, as the world recovered from the devastation of World War II and the nuclear threat increased. This, his third and final volume, takes the reader from the start of the cold war up to the century's end, weaving a rich historical narrative of the multifarious and contradictory events of the last fifty years, which ranges across the bloody events of many wars (from Korea to Bosnia), the post-war resurrection of Europe and the United Nations, the Arms Race, the shooting of JFK, the advent of computerisation, Man's arrival on the moon, Aids and heart transplants, Tiananmen Square and the fall of the Berlin Wall. This is history which makes sense of the most destructive yet most creative century humanity has ever experienced.

FROM THE REVIEWS FOR THE EARLIER VOLUMES: 'Martin Gilbert is a phenomenon who arouses envy among less productive professional historians...This is fascinating. I congratulate Gilbert on his good work .' PAUL JOHNSON, Sunday Times. 'Gilbert is one of Britain's most eminent historians...His knowledge and scholarship make him in many ways ideally suited to write a history of our century and great insights emerge.' JOHN RAMSDEN, Financial Times. 'There can be few other contemporary historians who would be capable of such a work calling for so much knowledge and so resolute a control of a flood of disparate material.' PHILIP ZIEGLER, Literary Review 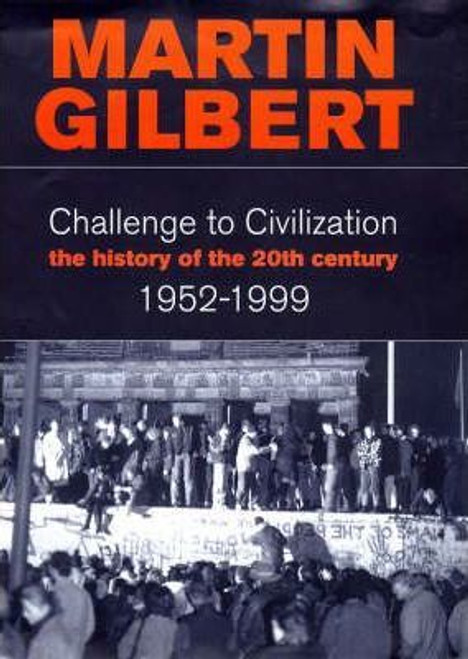