A Panther paperback edition, this is the first Pb edition, 1979, originally published in the UK in 1975 by Spice Books. Rolling stone called it the best rock biography ever written, and it was the basis for the film Buddy Holly Story starring Gary Busey.

The 1959 plane crash that killed Buddy Holly robbed early rock music of one of its most original and influential innovators and songwriters. Already a star in his lifetime, death brought wider fame to Buddy Holly and an almost constant stream of artists, - from the Beatles to bob Dylan- acknowledged his influence. Goldrosen's brilliantly researched biography was the fruit of two years of work putting together the real story of Buddy Holly - from his childhood in Lubbock, Texas, through each stage of his career, eventual stardom and the fatal crash remembered in American Pie as The Day the Music died - February 3rd, 1959. 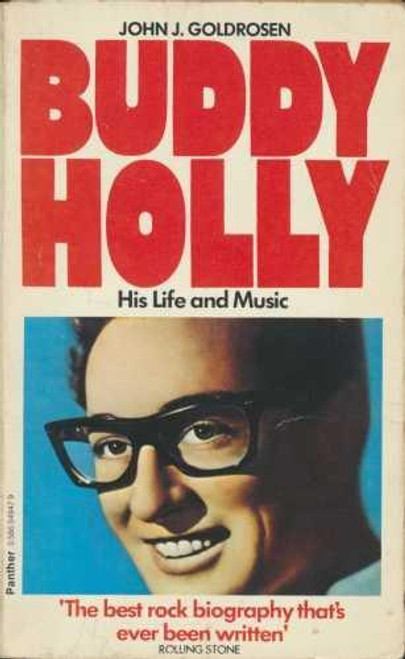