The body arranged upon the altar table was dead; there was no doubt about that.

The dead man was Cetterick the priest; there was no doubt about that either.

But who had killed him?

In fifth century Ireland, Christianity was new and strange, and Cetterick, the priest, had been cruel and arrogant and had made many enemies.

But which one of those enemies hated him enough to kill him?

Was it the unfortunate slave boy?

The goldsmith in fear for his life?

The wife whom Cetterick had abandoned?

The farmer cheated of his land?

And what about the beautiful Mara? What was she doing outside the chapel?

Once again murder strikes at Drumshee, and once again Ita and her fellow students at Drumshee law school set out to solve the mystery.

Murder at Drumshee was a very popular book and lots of fans wrote asking me for a sequel. I was quite keen on the idea as I felt that I had plenty more to write about Ita and her friends, Mahon, Diarmuid, Fergal, Cathal, Aidan and Ninian.

I also felt that it was quite likely that the law school students would be involved in solving another murder; after all Flann the Brehon, Ita's father and the head of the law school, was responsible for the law and order in the kingdom of Corcomroe.

I first got the idea for the story when a friend of mine who lives in England was talking to me about the Brehon laws, the ancient laws in Ireland. She had just read Murder at Drumshee which finishes with the king of the small kingdom of Corcomroe being converted to Christianity. Her comment: I wonder whether it caused any trouble at first. made me think.

Of course, I thought, it was bound to have made trouble. In the first place, land would have to be taken off one clan in order to build a church and to give a living for the priest.

And then, I went on to think, what if the priest himself had been an unpleasant man? How much more problems would that have brought to the kingdom of Corcomroe? And, as I always say, when I am teaching story writing in schools, once you have a problem, you have the seed of a story, and from that seed I wrote Murder Strikes Again. 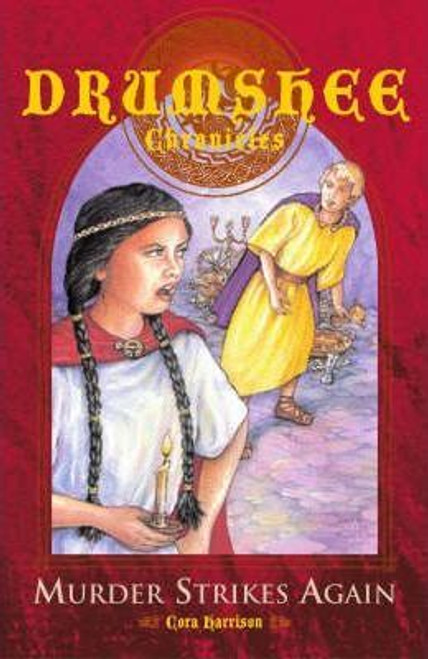