know what life was like in Aghabullogue in the 1930s and 1940s through the eyes of a young boy.’

Joe Healy spent his entire life in west Cork. In the final decade of his life, he wrote When We Were Young Together, a narrative based on his memories of the towns of Aghabullogue, Coachford and Rylane, an amazing social history of the youthful community he had been a part of.

It was a lovely, sunny Sunday afternoon in the month of June 1934. We were gathered in the dining room in Clonmoyle when someone passed the window facing what we used to call the Passage. When someone mentioned it to my father, who had been getting the wireless going, he said, ‘Ah that’s Mick Carroll. He said he would come up to hear the match.’

Though born in 1926, Joe had many stories relating to the legacy of both the Civil War and War of Independence on his locality. They had been divisive and trying times for neighbours as well as families. A young lad from Clonmoyle had been among the policemen killed during the Soloheadbeg Ambush in 1919. One of the five IRA men executed in Cork Jail for their part in the Dripsey Ambush of 1921 had worked for Joe’s father, a horse trainer. Lindsay Lights, a local Protestant woman who had been shot during the incident, from then on became a distinctive feature of local memory.

Those were the days of the ghost stories, the ‘púcas’ and ‘the banshee’. People would swear on their two knees that they saw Mrs. Lindsay Lights. We would listen to stories of the Kilmichael Ambush. How the military surrendered and the young lad that was sent out to collect the guns was shot. The Sinn Féin group opened fire and there were fourteen coffins brought through Cork that evening.

West Cork at the time was Blueshirt territory. A great many number of farmers had been left in dire straits after De Valera’s Economic War and rowed in behind General Eoin O’Duffy in retaliation. Meetings took places in the parish and it was agreed that certain farmers would not pay the rates and that they would be compensated with money or stock by fellow farmers if their own stock was seized. After a number of seizures in the area, the farmers arrived in Fermoy and Marsh’s Yard to protest in their lorries. The women carried baskets of eggs as weapons but the deputations were met in both instances by the Broy Harriers police force who arrested a number of men.

Aghabullogue was a small village but held many happy childhood memories for Joe. He grew up across the valley from the village and had full view of its coming and goings. The lads would gather in the village on summer evenings and some would go hurling, other bowl playing. When a travelling show came to the village, the bravest among them would enter the song and dance contests. A ‘busload of fellas’ would sometimes leave the village and return at midnight hammered and intending to drink well into the night but, however loud their pleas, Dan Buckley would refuse to admit them after a certain hour. Few bought newspapers in those days and not too many homes had a radio so the storyteller always had an audience, especially if he or she had been able to go to the Munster Hurling Final.

During the Second World War, some of the local farmers brought boys from industrial schools or orphanages down to live in Cork and work on their land. The radio became more popular in the 1940s and villagers listened to BBC News as well as Nazi propaganda from Lord HawHaw. The period was one of great excitement in the village with the ‘local notables’ all being elected to various positions in the Local Defence Forces that were formed in Aghabullogue. It even provided its own opportunities for labourers who had always been the object of ridicule among the farming classes. One such man, Dick, was given the task of patrolling the road from Aghavrin Cross to Danny Ned’s Corner every evening.

Dick took his appointment very seriously and when he was refused a gun, he armed himself with a two-pronged pike. He was to keep a close watch-out for the enemy and report all happenings that were in danger of attracting the enemy. He was forbidden to talk or communicate with anybody while on duty but was often under pressure from the lads in the village to break silence as he passed along. 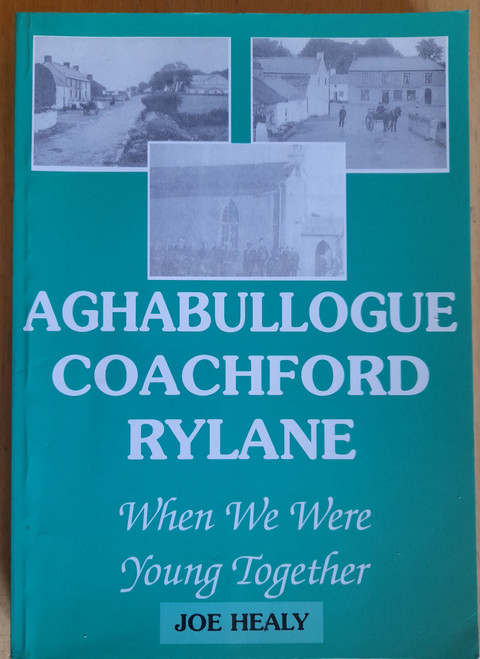