(1) A paperback Pan reprint edition , 1977 of the last book by Georgette Heyer, My Lord John. Originally published in 1975 by Bodley Head, and first by Pan in 1976. Condition - Very good, some uniform age browning to the page block, otherwise fine, no internal marks, spine uncracked, light shelfwear, slight bumping to front cover,  but no flaws noted.
There are heroes and villains but only one king..John, Duke of Bedford, grew to manhood fighting for his father, King Henry IV of England, on the wild and lawless Northern Marches. A prince of the royal blood, loyal, strong, the greatest ally that his brother - the future Henry V - was to have. Filled with the clash of bitter rivalries and deadly power struggles, this was Georgette Heyer's last and most ambitious novel. bringing to life a character and a period she found irresistibly attractive. 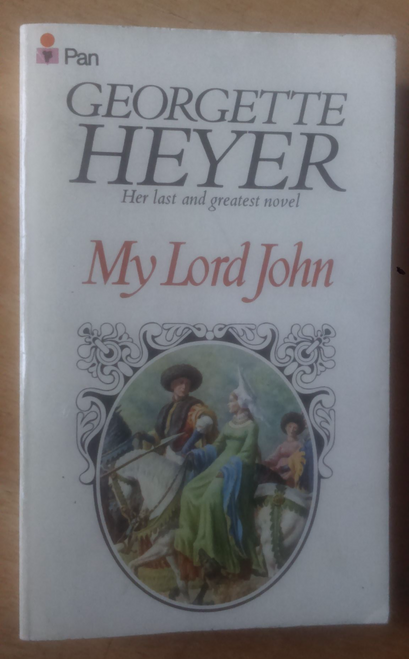