In September 1958, readers thrilled to the first issue of "War Picture Library", where they could read of the valiant struggle of a motley group of British soldiers from the British Expeditionary Force whose units were overwhelmed by German forces swarming through the frontiers of Holland, Belgium and Luxembourg. "Fight Back to Dunkirk" was a page-turner of the first order, a shilling shocker that grabbed your attention for 64 explosive pages. The good news was, when you'd finished, there was another one waiting on the spinners at the newsagents.Over the coming months and years, "War Picture Library" revealed to its young (and sometimes not-so-young) readers just what their fathers and uncles had been through in combat. The diversity of characters and breadth of locations available, from the home front to the steaming jungles, meant that there was something new for readers every month. Fifty years on, the stories still have the power to thrill and horrify us."
Against All Odds" is a carefully selected collection of some of the most amazing war stories and striking war art ever produced, reproduced 25 per cent bigger than the originals so you can feel every bullet hit, every crashing wave and every nerve-shattering explosion. This is military history as you've never read it before. 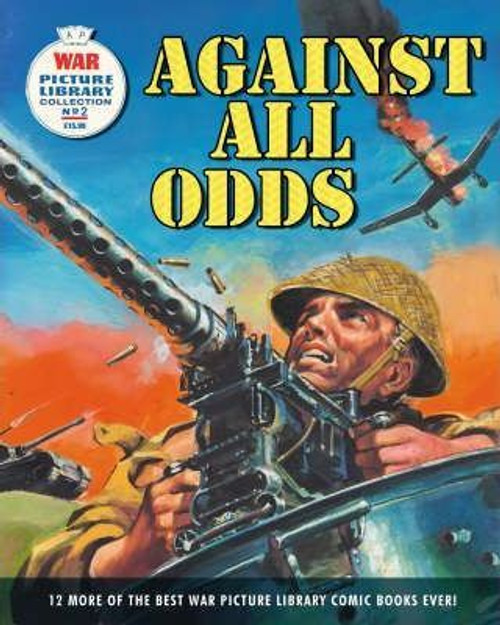