By its evocation of a real or imaged heroic age, its contrasts of character and its variety of adventure, above all by its sheer narrative power, the Odyssey has won and preserved its place among the greatest tales in the world. It tells of Odysseus' adventurous wanderings as he returns from the long war at Troy to his home in the Greek island of Ithaca, where his wife Penelope and his son Telemachus have been waiting for him for twenty years. He meets a one-eyed giant, Polyphemus the Cyclops; he visits the underworld; he faces the terrible monsters Scylla and Charybdis; he extricates himself from the charms of Circe and Calypso. After these and numerous other legendary encounters he finally reaches home, where, disguised as a beggar, he begins to plan revenge on the suitors who have for years been besieging Penelope and feasting on his own meat and wine with insolent impunity. 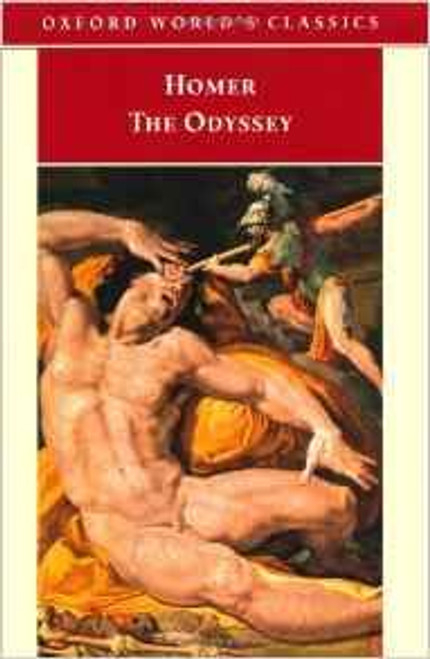