A hardcover 1933 reprint edition of the Poems of Gerard Manley Hopkins, selected and edited by Robert Bridges. Hopkins, perhaps best known for poems such as The Windhover, became a Jesuit priest as well as being a college lecturer in Dublin.

Condition - lacks dustjacket, this is the second edition with noters and an additional introduction by Charles Williams.

Closer to Dylan Thomas than Matthew Arnold in his 'creative violence' and insistence on the sound of poetry, Gerard Manley Hopkins was no staid, conventional Victorian. On entering the Jesuit order the age of twenty-four, he burnt all his poetry and 'resolved to write no more, as not belonging to my profession, unless by the wishes of my superiors'. The poems, letters and journal entries selected for this edition were written in the following twenty years of his life, and published posthumously in 1918. His verse is wrought from the creative tensions and paradoxes of a poet-priest who wanted to evoke the spiritual essence of nature sensuously, and to communicate this revelation in natural language and speech-rhythms while using condensed, innovative diction and all the skills of poetic artifice.

Gerard Manley Hopkins (1844-89) was born in Essex, the eldest son of a prosperous middle-class family. He was educated at Highgate School and Balliol College, Oxford, where he read Classics and began his lifelong friendship with Robert Bridges. In 1866 he entered the Roman Catholic Church and two years later he became a member of the Society of Jesus. In 1877 he was ordained and was priest in a number of parishes including a slum district in Liverpool. From 1882 to 1884 he taught at Stonyhurst College and in 1884 he became Classics Professor at University College, Dublin. In his lifetime Hopkins was hardly known as a poet, except to one or two friends; his poems were not published until 1918. 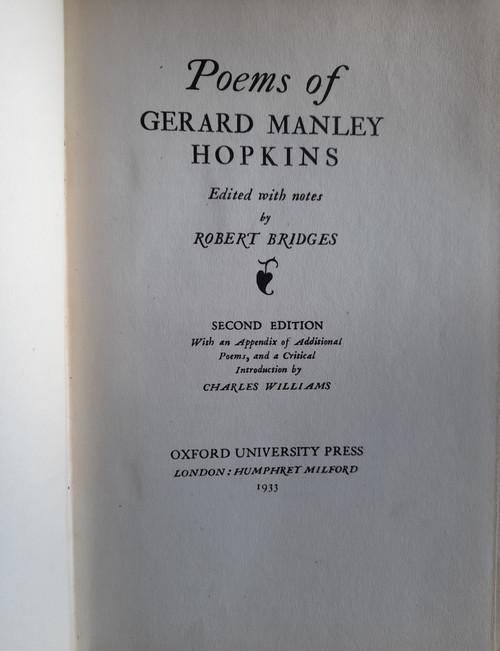