In her seven years as President of Ireland Mary Robinson has achieved a worldwide reputation. Her State visits, her humanitarian journeys to areas such as Somalia, her speeches on justice and human rights, to the UN and other forums, have made her a respected and admired diplomat. Through her status as first woman President and her emphasis on 'writing back into history' those women who have been marginalised, she has created a new focus on women and a new confidence among women wherever she has visited.

In September 1997, Mary Robinson stepped down as President of Ireland after what is universally acknowledged as the most successful Presidency in the history of the State. She elevated what was a figurehead role into a means of highlighting the needs of the disadvantaged and of raising Ireland's international profile. She opened the doors of Aras an Uachtarain (The Presidential Residence) to people from all walks of life and created a special emphasis on Ireland's Diaspora -- the many thousands of Irish people living abroad.

It is no coincidence that the career of this remarkable woman has paralleled a period of enormous change in Ireland. As a barrister Mary Robinson was responsible for landmark legal cases, particularly in relation to woman's rights. This book chronicles her legal and political career as well as revealing the personality behind the political figure. It assesses her achievements as a barrister, a senator and as the President of Ireland and answers the question of where Mary Robinson's energy and commitment will lead her next 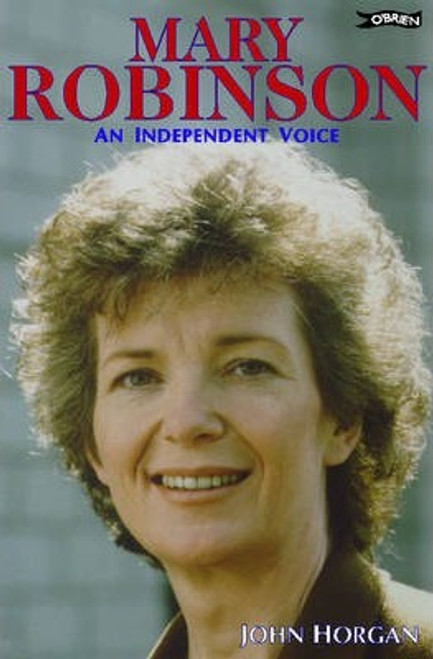