On his return voyage to England, Jack helps in the defeat of a privateer, gaining a friend in a charismatic Irishman, Red Hugh McClune, along with a large share of the prize money and a nasty dose of cholera. Saved by Red Hugh, Jack convalesces in Bath where he falls in love with the man's beautiful cousin, Laetitia. But this romance soon turns to tragedy. For there is more than love disguised in Bath. The Irishman is using the affair to lure Jack from his rooms that overlook the Circus and use them for political intrigue: on the day set for the elopement, the King is coming to Bath and Red Hugh plans to assassinate him - for the exiled King James III and all Jacobites. Jack foils the plot but, because he owes him his life, allows the Irishman to escape the noose. Red Hugh flees to Rome, taking Laetitia with him. Jack pursues to infiltrate the enemy. But recognised and betrayed by Red Hugh, he spends the winter in jail. He escapes to discover that Laetitia has married an aged Roman count to gain money and power for the cause, and that Red Hugh has gone to Portugal to join an Irish regiment raised to fight the Spanish.Jack's own regiment, the 16th Dragoons, is also there and Jack rejoins them to fight the war, charge with the cavalry at Valencia de Alcantara and defeat the schemes of the Irish traitor . 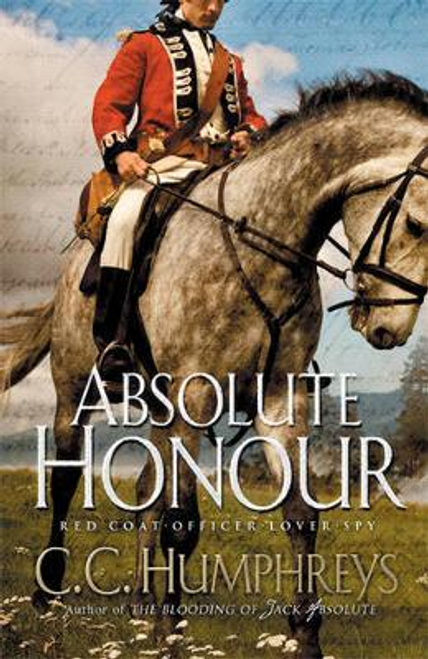