The Brand New Monty Python Bok was the second book to be published by the British comedy troupe Monty Python. Edited by Eric Idle, it was published by Methuen Books in 1973 and contained more print-style comic pieces than their first book - The Big Red Book.

(The white cover was pre-printed with some realistic looking smudged fingerprints on the front, leading to several complaints and returned copies from booksellers)

One of the most original and ground-breaking humour classics of all time, the Papperbok was compiled for Methuen in the early-1970s by the young Monty Python team at the height of their creative powers, and was published on the heels of the improbable success of the Monty Python's Flying Circus television series. A surreal delight, the Papperbok broke the mould for tie-in books, and was a testing ground for ideas equally as fresh and funny as the Flying Circus material. It is full of colourful and rude illustrations by Terry Gilliam, odd-ball instruction sheets, cod schoolboy stories about adventure and mischief, misleading horoscopes, informative and thrilling features such as 'Hamster: A Warning', 'The Python Book of Etiquette', and 'The London Casebook of Detective Rene Descartes', zany competitions, fake editorials, spurious film reviews, and some of the oddest miscellany ever pressed between the pages of a book. 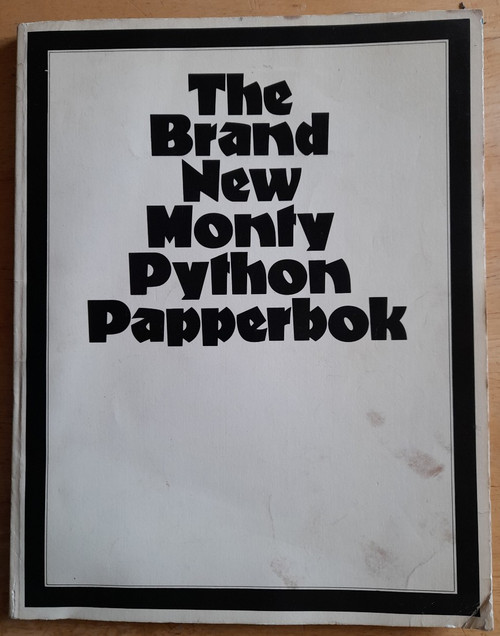