Sgned and dedicated by Pat Ingoldsby 'A Choilm, Áthas Mór orm anois , Ca raibh tú? Pat 06/06/2009 - for many years Pat was a fixture on Westmoreland Street where he sold his books direct to the public.

One way or another, words have always accompanied Pat. He read extensively during his childhood and, from his bedroom at night, would listen to his father typing out short stories in Irish for national newspapers. In 1977, Pat put together his very first collection of poems - Up The Leg Of Your Jacket - and sold over one thousand copies going from door to door. His first three collections of poems - 'Up The Let Of Your Jacket', 'Rhyme Doesn't With Reason' and 'You've Just Finished Reading This Title' - were reunited into one book, 'Welcome To My Head, Please Remove Your Boots', of which there have been two different editions (1986 and 1991). From then on, Pat published a collection of poems almost every other year. In all, he has written over 20 books and recorded two CDs of himself saying his own poems. Up until the early 1990s, Pat travelled across Ireland performing his poems, solo, in all sorts of venues. It was also in the early 1990s that he began selling his books on the streets of Dublin. The covers for the Willow Publication books and for the CDs were designed by graphic designer and childhood friend Steve Averill. 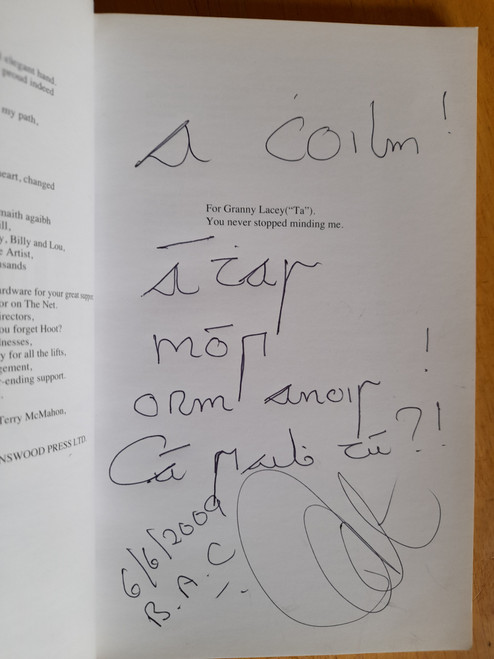