The Ireland-USSR Society was founded in 1966 ( on the foundation of the older Ireland USSR Friendship Society, which was established in 1945, but had roots going back to cultural organisations from the Russian Revolution onwards. 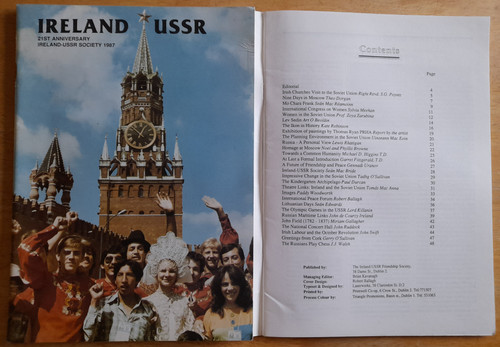